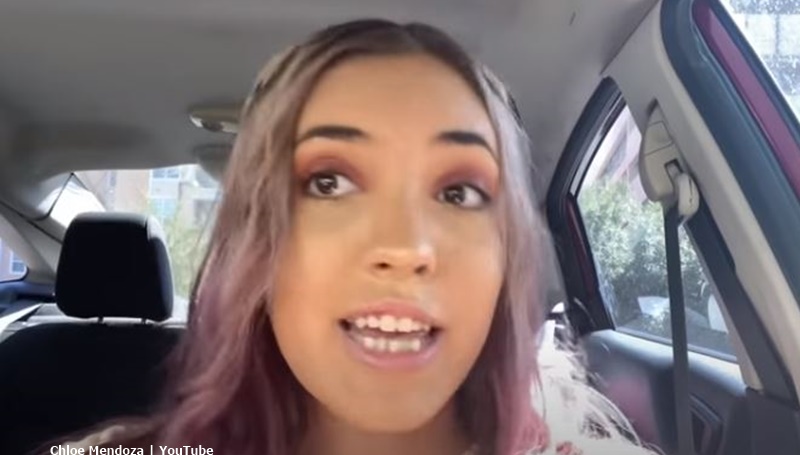 Unexpected fans heard from Max, Chloe and her mom recently. They engaged in a very public social media spat. It all escalated with he said, she said. Finally, furious Chloe took to YouTube on Friday. There, she revealed what Max allegedly did to her. And, she produced “proof.”

Unexpected – Max claimed that he did nothing to hurt Chloe

We reported that Max and Chloe started ranting at each other. It seems that he’s angry because Chloe dates someone else. And, he can’t see his daughter Ava. He alleged that he remains sober, but Chloe drinks and smokes weed. Plus, he noted that Chloe Mendoza wrote a letter to the judge saying he never assaulted her. You may recall that Max allegedly assaulted Chloe.

Max doesn’t see it as an assault. And, why should he? After all, Starcasm revealed that the Unexpected mom said on her mom’s Facebook, “I was not hit. I asked Max to throw me his phone and when he threw it, it hit me in between my eyes causing a bump, we started fighting about it because I knew this wouldn’t look good to my parents.”

According to Chloe back then, “someone walked by the walls of my very thin apartment and called the police and when they showed up they said since I had a bump they had to take him in. That’s. What. Happened.” But now they feud, it looks like Chloe rolled back on her original story. Chloe took to YouTube and revealed all.

In her video, Chloe said that she’s “so mad” and jumped around a lot in the timeline. She vowed that fans would hear “everything” Max Schenzel did to her. Now, it turns out that Chloe claims she called the cops on Max for abusing her. Previously, she said the neighbors called the cops. In fact, she said she “called twice.”

The first time, it involved the phone thrown at her. The TLC star said the second time, she had a “big old bump” on her hand. That’s when she took out the restraining order. She also claims that on her birthday last year, Max gave her a “busted lip.” Chloe worried about “hiding it” from her family. Plus, she claims he “kicked her on the leg.” In fact, she took a photo of the bruises.

She claimed that if she acted scared of him, he threatened that it made him want to “hit” her. Then she says he “kicked her in the face.” She claims he said she’s silly for complaining, as he “never left marks.” Then, he apparently admitted that he “kicked his daughter in the back.” The Unexpected star claimed they “would not let her put Ava on the restraining order without proof.”

You can watch the video below for more details as its quite long.

Chloe can’t understand why she always tried keeping the alleged abuse a secret. What do you think? Sound off in the comments below.

Anna Duggar Is Going To Be An Aunt Again – Who’s Pregnant?
‘Real Housewives’ Spin-Off In The Works With Some Of Your Faves
‘Days of Our Lives’ Week Of March 1 Spoilers: Sami Is Arrested – Gwen Confesses?
Will Lori Loughlin Return To ‘When Calls The Heart’ As Abigail Stanton?
‘Cobra Kai’ Spoilers: 2 Cast Members Get Promotions Ahead Of Season 4