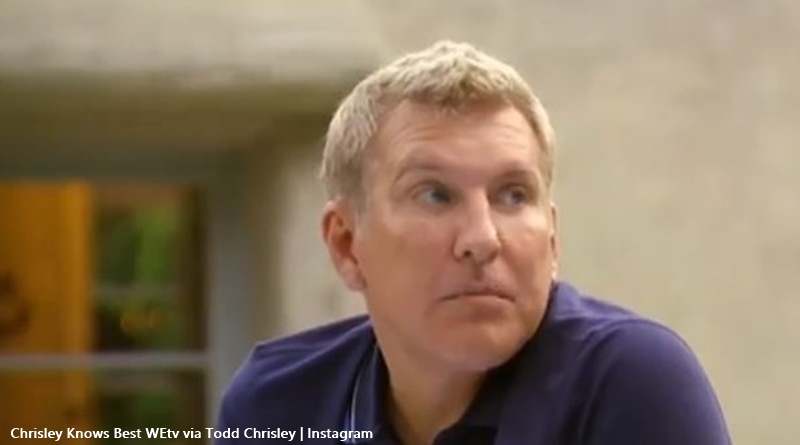 Todd Chrisley is known for putting down trolls with witty and clever remarks. But this time, he’s furious after a troll went after Savannah. In fact, he publicly revealed the troll’s messages and shared them all with his fans.

Todd Chrisley steps up for Savannah against a nasty troll

We reported that trolls went after Savannah’s boyfriend, Nic Kerdiles when she wished Nanny Faye a happy birthday. It seems that some people get a kick out of slamming Savannah and Nic for putting off their wedding twice. In fact, someone accused him of just sharing the birthday to try and stay relevant. But now, someone trolled Savannah even worse than that.

In the latest incident, the troll also said some pretty nasty things about the Chrisley Knows Best dad. And, once again this troll attacked Nic and Savannah. They also attacked Savannah personally, and Todd Chrisley’s furious. In fact, one can almost imagine Savannah turning to her dad for help and comfort as this troll’s really nasty.

Taking to his Instagram on Friday, Todd revealed what the troll said to Savannah. the USA Network star never held back his feelings. Todd said, “@tiffanygirlsnyc I sat with your message that you sent to @savannahchrisley.” Then, he said that he “decided to allow my fagdom to manifest enough to say “F–k off .” Angrily, he added, “you have some nerve to come at my daughter but after reviewing your profile, I see where the jealousy comes from.”

Todd Chrisley called the troll a “thirsty trick.” His comeback also said that the troll’s “weak” for coming at Savannah for using “botox.” And, he told her that Nic Kerdile remains a close member of the family. He wondered who on earth even uses the expression “faggot” anymore. Actually, the very nasty messages seemed so ugly, that we screenshot the post to share with our readers. Not to give glory to the troll, but to back up a young woman. 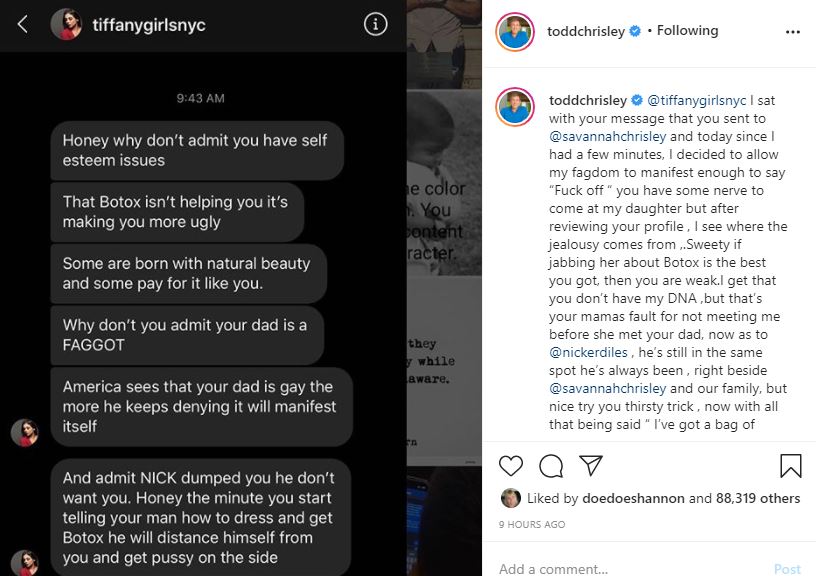 Fans always love the way Todd stands by his kids. Lots of fans, over 13k of them, commented on the post. Here’s what some of them said to Todd Chrisley:

What did you think about the troll saying nasty things to Savannah? Did Todd Chrisley do the right thing by outing her? Sound off in the comments below.