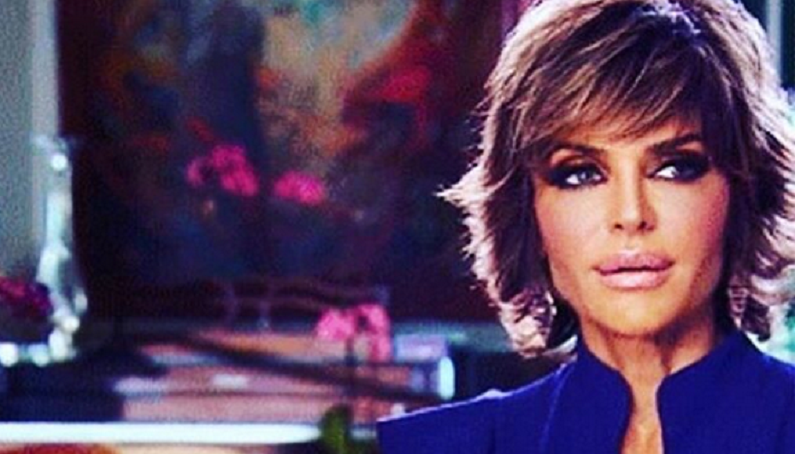 Lisa Rinna doesn’t hold back, especially on social media. She’s still going on about the drama that happened on Season 10 of The Real Housewives of Beverly Hills even though it ended several months ago. While she claims that the Bravo series is just a show, she loves to feed into the character she plays.

RHOBH fans think Bravo should fire Rinna. They’re tired of her “Mean Girl” ways. Rinna is constantly throwing shade on Instagram. She makes it clear whose team she’s on.

She’s clearly on Kyle Richards’ side. During the RHOBH Season 10 reunion, Kyle called out Garcelle Beauvais for not paying the $5,000 she pledged during the charity event. Although Garcelle spoke her piece, Kyle brought it up again. This led Rinna to insert herself in the drama.

The RHOBH co-star took to her Instagram Stories on Friday, September 4 to talk about the charity bid drama. At the same time, she threw shade at Garcelle Beauvais’s charity bid drama. Rinna wanted everyone to know that she put her mouth where her money is.

“I too donated 5K to @childrensla at @kylerichards18 party, and they took my credit card right on the spot,” Rinna wrote. “What an amazing hospital it is! So happy to support.”

But RHOBH fans aren’t here for it. Some of them took to Queens of Bravo’s tweet to ask why Rinna inserted herself in this drama. Rinna is already in a feud with Garcelle. She didn’t like it when the RHOBH newbie slammed her Instagram dance videos and brought up her daughter’s eating disorder.

In addition, Rinna is in a very public feud with Denise Richards. The two ended their 20-year friendship this very season. Rinna made it clear that she believed Brandi Glanville’s allegations that she hooked up with Denise. Now, she’s trying to end another friendship, claims the viewers.

“Nobody asked Rinna to insert herself!” one fan wrote.

“Rinna is so annoying, now two friends she definitely has lost. Hope it was worth it … where’s karma?!”

Kyle’s assistant also inserts herself in the drama

Lisa Rinna isn’t the only one who spoke out about the charity event. Kyle Richards’s assistant, Ashley Armstrong, slid into the conversation on Twitter. She even provided receipts that Garcelle didn’t donate at the charity auction. It all started when a fan asked why Kyle didn’t bring it up to Garcelle on the day of the event.

“because she wasn’t the one in the trenches in charge of collecting money,” her assistant wrote. “her team handles that. CHLA directly attempted multiple times to follow up. i have receipts.”

Kyle’s assistant is stepping in and has receipts 💀 #RHOBH https://t.co/UzsK2W4ybm pic.twitter.com/1Y1Qu4VVNG

Kyle took to her Instagram Stories to clear up the drama. She confirmed that Garcelle has since made the payment, but only after “multiple attempts to reach out” to her. Kyle’s story was similar to the one her assistant told on Twitter.

In her Instagram Stories, Kyle accused Garcelle of doing “things just for the cameras.” The fashion designer made it clear that charity is “important to my family and me.” Kyle insists that while there was “zero pressure to donate,” everyone else donated that same night. She ended her message by saying that she is “grateful” to Garcelle and the others who helped them raise money.

While Kyle clearly wants to move on, Rinna continues to stir up drama. In the meantime, RHOBH fans want a cast shakeup. This comes after Rinna accused of Denise Richards of “liking” a tweet that read she wanted her fired from the show. Other fans are jumping on the bandwagon and calling for Rinna’s firing.

Viewers have been begging Bravo to fire Lisa Rinna for her inappropriate behavior. They targeted her all season, especially with the way she handled the Denise Richards / Brandi Glanville drama. After witnessing Rinna’s mean ways on RHOBH Season 10 reunion, fans want the “mean girl” out.

“Mean Girl, Bully, Fake… just a few names to call you… @bravo needs to fire you! You try to destroy people’s lives every season! I hope KARMA comes on strong to you, then we will be sitting back eating popcorn!” one viewer tweeted.

“If they fired Dorinda for her mean behavior while intoci [intoxicated], why is Rinna getting a pass for being mean all the time, intoxicated or not? Maybe she is always impaired on something bc lately her behavior is intolerable!” another fan tweeted.

What are your thoughts on Lisa Rinna inserting herself in this latest drama? Sound off below in the comments section.