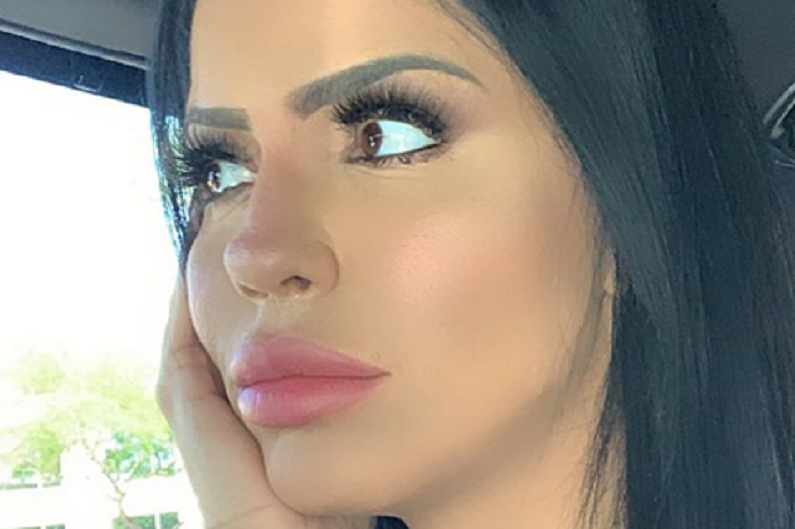 90 Day Fiance couple Larissa Dos Santos Lima and Eric Nichols moved in together. But now, she’s having cold feet. As fans know, the couple rekindled their relationship. Larissa took Eric back after he apologized for talking about their bedroom activities.

Since then, she’s been showing off their relationship on social media. Fans are in awe over Larissa’s latest photo. But there is one fan who wanted to know if they’re getting a house together. That seems like a big step to take.

Even Larissa herself didn’t seem so sure. Find out what she said to the fan on Instagram.

Larissa has doubts about her future with Eric

On Friday, September 4, Larissa took to Instagram to post a selfie of herself with Eric. In the photo, the 90 Day Fiance smiles as she wears a pink sweater and matching lipstick. She also has on a full face of makeup. Eric smiles brightly behind her in his maroon T-shirt.

Fans flocked to Larissa’s photo to share how beautiful she looks. They complimented her skin, hair, and makeup. Knowing that Larissa is insecure about her looks, the comments should make her feel better about herself. However, one fan wanted to know if she’s taking the next step with her boyfriend, Eric Nichols.

“Do you guys think you will move out of Eric’s place and get a house without roommates?” the fan asked.

“the show was a while ago things changed but I can’t tell [sic],” Larissa simply responded.

The TLC star seems unsure about their future together. Surely, Larissa and Eric can’t live with his roommates forever. If they’re serious about each other, they’ll have to take the next step in their relationship. But fans don’t know how they’ll be able to afford it.

During this season of 90 Day Fiance: Happily Ever After, Larissa asks her father for $10,000. She needs it for nothing else but for plastic surgery. But when she gets back together with Eric, she wants him to pay for her breast augmentation surgery. Fans are curious as to how the couple makes their money.

The BIGGIE day is almost here! Find out on next Sunday's episode of 90 Days HEA. Most people can understand or imagine how it can be a challenge to be so exposed to an audience of big eyes. It can leave a person somewhat insecure about her looks. There are lingerie and bikini brands that send me clothes to model and post, and I never felt I could do the brands justice with what I had pre-surgery. Despite getting offers for implants from several surgical centers, I decided to go for the best. @smithplasticsurgery and his entire staff were so wonderful in how they treated me. It was explained to me what the pros and cons were, the possible dangers, and I was never pushed to do something I did not want. After my first surgery with @smithplasticsurgery , it was no surprise that I went back to him for my abdominoplasty, liposuction, and fat transfer. He is a brilliant surgeon. My inspirations are Kylie Jenner and the pin-up girls of the 1950's. I have always wanted that hourglass figure for myself. You might remember the controversy of my posts regarding my corset and tight lacing training. That was a while ago, and that is not something I recommend to anyone. A woman wanting to change her body does not need to aspire to look like Kylie Jenner or be a fan of Marilyn Monroe. There are so many tricks you can do to accentuate your curves. Sometimes losing weight and just picking the right bra will do it. Maybe it is not big boobs you want. Perhaps you want to go smaller than what you have, or just get a lift. We are all unique in what makes us feel good. What works for one, may not work for the other. We can improve ourselves in different ways, or not, and love our bodies. ❤ #90dayfiance #drsmithdools #plasticsurgery #plasticsurgerylasvegas #90dayfiancehappilyeverafter #tlc #womenempowerment #loveyourself #breastaugmentation #rhynoplasty

Back in July, Larissa revealed that she moved back in with Eric. The couple even adopted a new fur baby — a cat they named Mapa. The couple shared their new plans on Instagram.

“Meet my baby boy: Mapa Franko Zaffino,” Larissa captioned the now-deleted post. “He’s moving with @ericjosephnichols and I to the snow in [a] few weeks.”

Larissa explained to her followers that she combined their titles “mama” and “papa” together to come up with the cute name. “Frank Zaffino” comes from Eric’s grandfather Frank. Despite the drama on the show, the couple has found their way back to each other and worked out their issues.

Larissa didn’t like it when Eric talked about their intimate moments behind her back. He even told the women he dated that she was a “bad mother” who didn’t “take showers.” But the couple wants to put their past behind them and move onto their future together. That is if Larissa is ready.

90 Day Fiance: Happily Ever After airs Sunday nights at 8 p.m. ET on TLC.