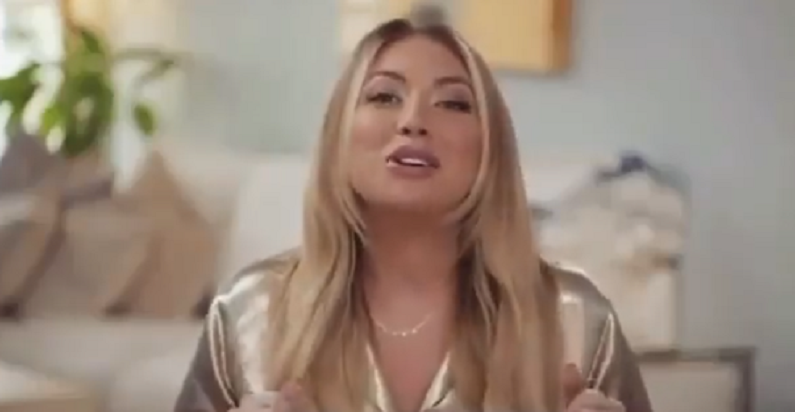 Stassi Schroeder will give her first interview since her Vanderpump Rules firing. Bravo axed both Stassi and Kristen Doute for their past racist actions. Kristen has since spoken out about the firing. She also promised to “do better” and has been as a result.

Now, Stassi is the next person to speak out about her firing. This also comes on the heels of the spin-off rumors, which Lisa Vanderpump denied. But Stassi could be trying to make amends with her fans as well as the Black community. This would be a great way for her to move on from the racism scandal.

The Vanderpump Rules alum will sit down for her first post-firing interview with Tamron Hall. A press released, obtained by Page Six, shared the details on Thursday, Sept. 3. However, Stassi Schroeder and Tamron Hall’s interview won’t take place until Thursday, Sept. 17. So, VPR fans will have to wait a few weeks to see what Stassi has to say.

“On Thursday, Sept. 17, in an exclusive interview, Stassi Schroeder speaks for the first time after being let go from the hit Bravo series ‘Vanderpump Rules’ — a result of her racially insensitive actions that resurfaced this past June,” the press release for Tamron Hall reads. “She will discuss how the incident and recently announced pregnancy have reshaped her perspective on work and life.”

Back in June, Stassi was fired from the Bravo series. It came after her former co-star Faith Stowers recalled a time when Stassi and Kristen called the cops on her for a crime she did not commit. Faith also recalled her experience as the only Black cast member on the show.

Shortly after Stassi’s firing, she announced that she and fiance Beau Clark are expecting a girl. Their baby is due in January. The couple also had to postpone their October nuptials due to the coronavirus pandemic.

I can confirm the report. September 14th @tamronhallshow …His story, her story, their story. Andrew Gillum and his wife R.Jai Season 2 premiere of #tamronhallshow 9/14/20

Vanderpump Rules fans are reacting to this news. Some of them aren’t happy that Stassi Schroeder has waited until now to break her silence. Others simply wish she would go back into hiding. But Stassi wants to move on from her firing.

In June, Stassi and Kristen released a statement via their rep. He said that both ladies have “acknowledged what they did was wrong.” They feel that their punishment fits the crime, sort of speak. But now, Kristen and Stassi want to become a “part of the solution.”

Some VPR fans took to Twitter to share their thoughts on Stassi’s post-firing interview. Most of the reaction has been mixed.

It’ll be interesting to see what Stassi says about her firing. Maybe Tamron’s show is the right platform for the reality star to speak her piece. It could be the reason why Stassi has kept quiet on social media.

What are your thoughts on Stassi’s post-firing interview? Sound off below in the comments section.