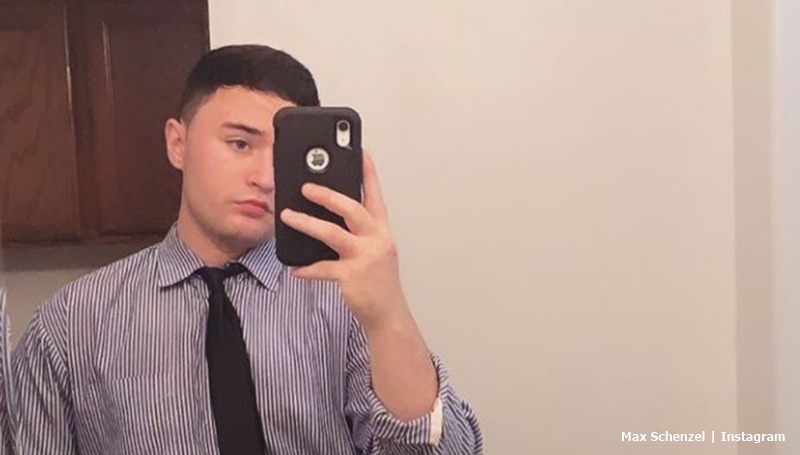 Unexpected fans heard that things went sour between baby daddy Max Schenzel and Chloe Mendoza again. In fact, he pretty much threw Chloe and her mom under the bus recently. He described them as “toxic” and accused Chloe of smoking and drinking around their daughter Ava. Now, the feud continues on social media.

We reported last week, that Max took to his Instagram Stories and ranted at Chloe and her mom. At the time, he seemed very angry about Chloe and her mom saying bad things about him on social media. He claimed that they shouldn’t throw stones at him. At least he goes to rehab and tries staying on the straight and narrow. He maintained that Chloe smokes weed and she drinks alcohol.

Now, the Unexpected dad took his feud to a new level. Starcasm picked up on the latest clash between the couple. It seems that things get worse between them as he doesn’t see Ava. And, Chloe’s apparently dating someone else these days. The latest rant came on Instagram Stories. In his story, Max alleged that keeping his daughter away is, “the most immature thing.”

Max demanded to know why she kept him away from her daughter. As he pointed out again, he stays “sober” these days. But, Chloe drinks and smokes weed. He then said, (in all caps), “YOU JUST LIKE HAVING CONTROL. IT’S OKAY WELL SEE WHAT THE JUDGE HAS TO SAY WHEN SHE SEES THE PROGRESS I’VE MADE TO BE IN MY DAUGHTERS LIFE AND THE PROGRESS YOU’VE MADE 😂👌.”

Starcasm also found out that someone DMed Chloe about his story. She claimed that her ex never stayed sober for a long as he claimed. So, “nothing he says matters to me bc it’s all lies.” She also claimed that the reason Max can’t see Ava is his own fault. Apparently, the Unexpected baby daddy never took action on obtaining visitation. So, she declared, “that’s not my fault he chose not to when he had the chance.”

Fans know that Chloe’s mom Jessica never liked Max. In fact, she did everything she could to keep Max and Chloe apart. And, it looks like she succeeded. Now, she said that Max allegedly “broke Ava’s crib and smashed a TV in front of her.” Many more allegations against Max came from Jessica. But, some fans think these things should stay private rather than on social media.

Nevertheless, it looks like the Unexpected couple and third-wheel Jessica, don’t care about that. They all seem quite happy to air their dirty laundry in public. Actually, you might think that Chloe and her mom get all the support from TLC fans. But, you’d be wrong. Max got a lot of faithful fans. And, in their season on the show, many fans criticized Chloe for not helping to support Max with his addiction issues.