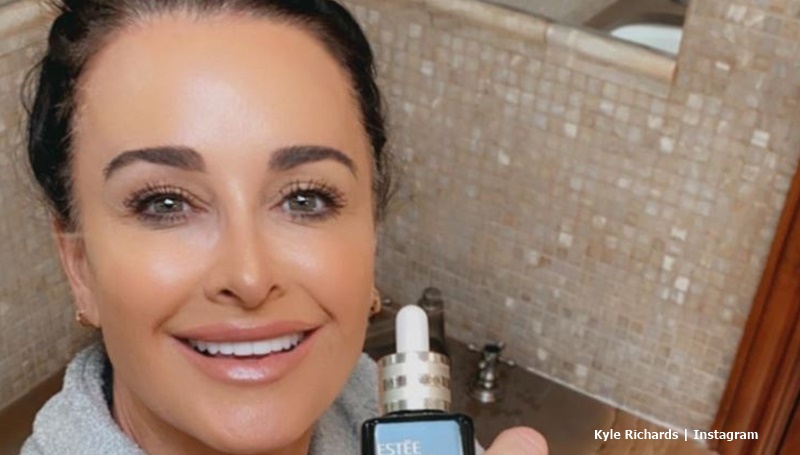 RHOBH fans saw that Kyle Richards revealed in the Reunion that Garcelle pledged money at her charity event. However, she accused Garcelle of not paying up. Later, Garcelle responded by saying that it “innocently slipped through the gaps” of her busy schedule. Now, as Kyle responded ungraciously, fans go after her for the way she dropped the news and made the Bravo star look bad.

RHOBH fans slam Kyle After she continues the feud

We reported that it sounds like the Real Housewives of Beverly Hills star “never deliberately set out to disregard her obligations to the charity event.” And, some fans thought Kyle just deliberately raised the issue to make Garcelle look bad. After all, she could have just called her up and jogged her memory. When Garcelle responded, she said she felt that Kyle questioned her “integrity.”

Now, it seems that Kyle just won’t let it go. Once again, she took to her Instagram Stories. This time, she got all heated about the time it took Garcelle to pay. Justifying why she raised it at the Reunion, the RHOBH star noted that everyone else paid up straightway. Now, that just brought more critics, and fans of the Bravo show slammed her.

Kyle’s Instagram story started off with her saying she’d like to “address” calling her out at the Reunion. Next, the veteran Real Housewives of Beverly Hills star spoke about other people who donated. She said, “everyone who made a donation at my event paid THAT night.” Plus, she claimed,” there were multiple attempts to reach out to Garcelle that were left unanswered.”

The RHOBH star claims that she only called her out as a way to encourage people  to “be genuine.” In a way, Kyle accused Garcelle of just “doing things for the cameras.” She mentioned picking an “unwarranted fight” with her and the charity donation. And, Kyle believes there was “zero pressure to donate.” Well, this new accusation that Garcelle only said she’d donate to get a spotlight on the cameras didn’t win Kyle any more supporters in the feud. 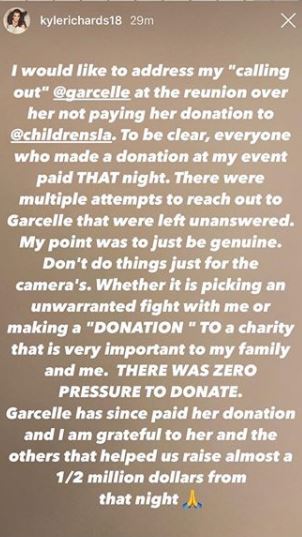 Blogger John Yate screenshot the Instagram story. He shared it on his own Instagram. There, fans spoke about Kyle, and how she made things worse. One critic noted, “Why she didn’t call her ?? U wait almost 1 year to call her out. Bs.” John Yates responded by suggesting she only did it at the Reunion because fans like Garcelle. That made Kyle “mad as hell.”

As another RHOBH fan noted, “why wait to call her out at that very moment? Why not call her and address it privately??” Actually, if anyone does things for the cameras, it seems that Kyle takes the win, fans think.  Do you agree? Sound off in the comments below.