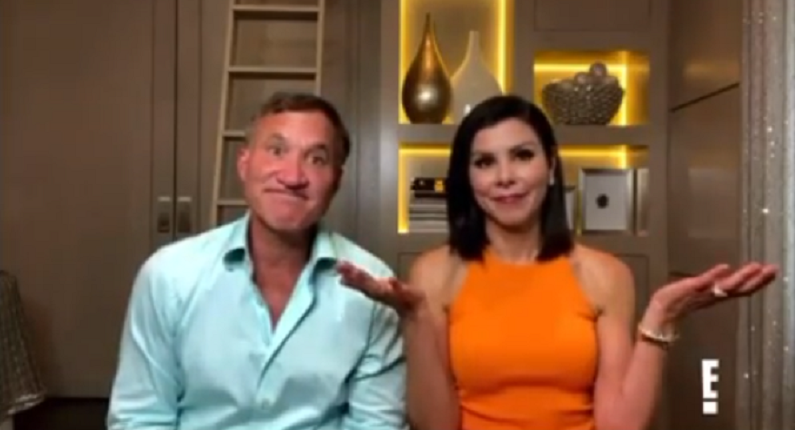 The Real Housewives of Orange County alumni Heather and Terry Dubrow has a 16-year-old, Maximillia. The former Bravo star said that her daughter has been inspired by Kylie Jenner. She wants to get lip fillers. But Heather and Terry do not want their daughter to get any work done.

The couple feels that she’s much too young. They think 18 is a better age for her to pursue plastic surgery if she wants to. But they also don’t want her to get it for all the wrong reasons. Heather and Terry Dubrow explained why they don’t feel comfortable with Maximillia getting cosmetic surgery.

Lip fillers are all the rage these days, especially among the younger set. Kylie Jenner inspired young women to plump their lips. Because of her, fans took on the dangerous #KylieJennerChallenge on social media. Then, Kylie remedied that by releasing her own Kylie Cosmetics Lip Kit.

Heather and Terry Dubrow’s daughter, Maximilllia follows Kylie Jenner on social media. Like most teenage girls, she’s inspired by the reality star’s look and style. Even her young friends have joined the bandwagon. But that wasn’t always the case.

I love you my beautiful, hilarious, amazing child! I am SO proud to be your Mother ! 🏳️‍🌈🏳️‍🌈🏳️‍🌈🏳️‍🌈🏳️‍🌈 #Repost @maxdubrow with @get_repost ・・・ i always knew i was bi, i just thought it was bipolar

On the Wednesday, September 2 episode of the “Hollywood Raw” podcast, Heather Dubrow revealed that lip fillers weren’t always trendy. In fact, it was Kylie who made them popular. Now young girls like Maximillia want to get their lips done.

“She talks about lip filler,” Heather Dubrow said. “Lip filler is something that years ago was a no-no and then Kylie Jenner came out and said she had done lip filler at a young age, [and] it became really popular. [Maximillia’s] friends have had it done.”

Then, Maximillia spoke to Heather about the cosmetic procedure. Both the RHOC alum and the Botched star “looked at each other like, ‘Are you crazy?'” The couple would prefer it if their daughter waited two more years.

But the Botched couple is lenient in some ways. For example, if Maximillia’s ears were “sticking out” or if she was “teased” for her looks, then they would allow her to get plastic surgery. They’re already proud of their daughter for being comfortable in her own skin. In July, Maximillia came out as bisexual.

At that time, Heather revealed to Entertainment Tonight that their daughter has “our full support.” Her mom’s intuition gave her this realization “for a long time.” She even had discussions about it with her husband.

Terry added that he “always weirdly knew” that Maximillia wasn’t heterosexual. Now, more than ever, they want their daughter to feel comfortable in her own skin.