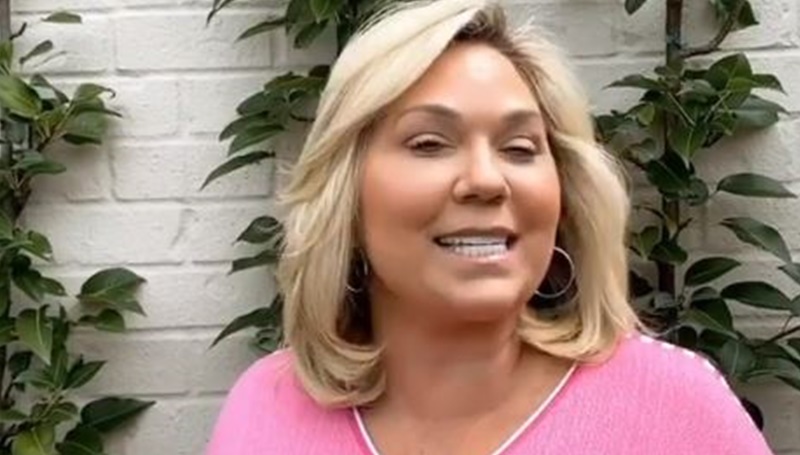 Chrisley Knows Best fans might think a lot about the show is scripted, but they love it anyway. Earlier this week, Todd thanked all their fans as their ratings did so very well in the current season. Now, the cast shared some of their favorite moments.

We reported that a lot of fans debated just how scripted the USA network show might be. Fans and critics alike all thought that at least of some it was. But, those people who admire the show don’t really mind. After all, they get a lot of laughs out of it. And, the fact that fans like the show really comes out in the ratings.

Season 8 looked particularly successful for Chrisley Knows Best. Todd shared about it on his Instagram on Thursday. Amomama noted that “he thanked his fans” for putting the show ratings high and then faithfully keeping them high. He told them that the cast felt “humbled” by their fans. While fans enjoy the show, so does the cast, and the show’s Instagram account shared some of their favorite moments.

On the official Instagram, a short video clip revealed the favorite episodes and incidents that they enjoyed on the show. Savannah said that she enjoyed the time Nanny Faye described herself as the “baddest b–ch.” Then, Julie said she recalled the time her parents came into town to celebrate her birthday. Meanwhile, Grayson enjoyed his dad overreacting to Chloe and lice.

Chrisley Knows Best funny guy, Chase enjoys it when Nanny goes speedskating. Todd enjoys a different scenario when Nanny Faye thought she would win a car. Meanwhile, Nanny Faye liked the Black Friday shopping with her sister. Many fans also chipped in their comments about their favorite scenes.

One fan recalled, “when Nanny Faye going out with Francis ❤️😂.” Another one liked “Dude Ranch.” Plenty of fans said they enjoy all of them, but mostly anything with Nanny Faye in it. Fans and the cast seem very partial to her sense of humor. Others recounted episodes from previous seasons that tickled their sense of humor.

One Chrisley Knows Best fan wrote, “when Todd had gout in his foot and was naming all of the beverages he drinks to stay hydrated….sweet tea from McDonald’s and Cokes…no water 😂.” Their send favorite came when Todd reacted to Julie burning his  “pie in the oven…absolutely hilarious 😂. As for the new season…ALL…especially any episode [with] Nanny Faye ❤️ AND Chase’s sarcasm 🤣.”

We're laughing just thinking about these memories. 🤣 What's your favorite moment from Season 8?

What do you think about the cast sharing their favorite moments from Season 8? What is the best moment that you recall? Sound off in the comments below.