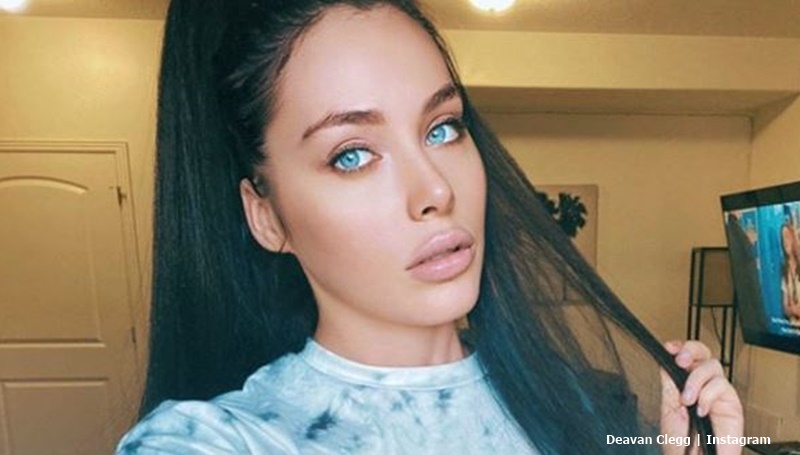 90 Day Fiance: The Other Way fans know that  Jihoon Lee and Deavan Clegg go through many issues. In fact, things got so bad, that apparently, she moved on from Jihoon. It’s not a big surprise as they try and communicate via a translation app. And, fans think her mom Elicia just adds to the domestic problems. Fans found out Deavan dates another guy, and now she gets all defensive about it.

We reported that it seems quite clear that Deavan sees another man these days. At one stage, Jihoon actually asked fans to pray for their marriage. But, it seems like that’s all been in vain. We cited RadarOnline as identifying that her new boyfriend might be “Christopher “Topher” Hyun Park.” Apparently, he’s an actor from South Korea who lives in LA.

Now, according to InTouch Weekly, fans of 90 Day Fiance seem unimpressed with Deavan. The outlet noted that she shared a photo of her new man and her son wearing the same shirt. Like twinning with another man, rather than with Jihoon. That upset fans a lot and she took some heat for it. These days, Deavan seems very emotional and slapped back at critics.

In a very long post, Deavan claimed that Jihoon blocked her. Sounding furious, she said, “I’m blocked on social media.” Apparently her number also seems “blocked.” Deavan claimed that she sent photos of her son, but no reply came. In fact, she claimed she attempted a spurned return “to Korea,” Next, she said that she feels “sick of being blamed when I’m the one trying to co-parent.”

Once more, the 90 Day Fiance star lamented that she spent her money on their relationship. “I’m the one who paid for all the hospital bills.” Once more, she claimed she “paid for everything in Korea.” Deavan claims that to this day she gets no support. She can’t understand why she does all the right things, but she gets “attacked.” These days, presumably Jihoon is just a “person” to Deavan. Several times, she referred to her baby daddy as “this person.”

All sorts of  ‘evil’ happened on 90 Day Fiance

Deavan alleged that “evil” things happened with Jihoon. Actually, she noted, “You don’t know what happened behind close[d] doors you don’t know the type of evil that happened.” The unhappy Deavan also said, “I’m sick of being attacked and blamed [as a] horrible person and I took my son away. You guys don’t know the half of it.” She noted how she and her daughter both heal right now.

Apparently, 90 Day Fiance fans see all this evil and unforgivable stuff in the Tell All. 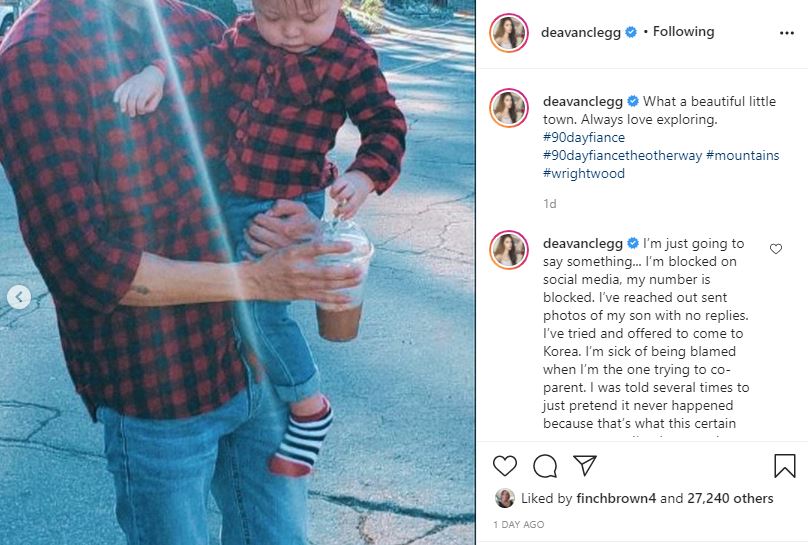 Finally, after more ranting about “evil this person,” Deavan ended by saying that she feels “sick of the lies.” She also feels “sick of  pretending.” Well, only time reveals if this new boyfriend brings Deavan the man she wants. So far, she seemed really unlucky in love.