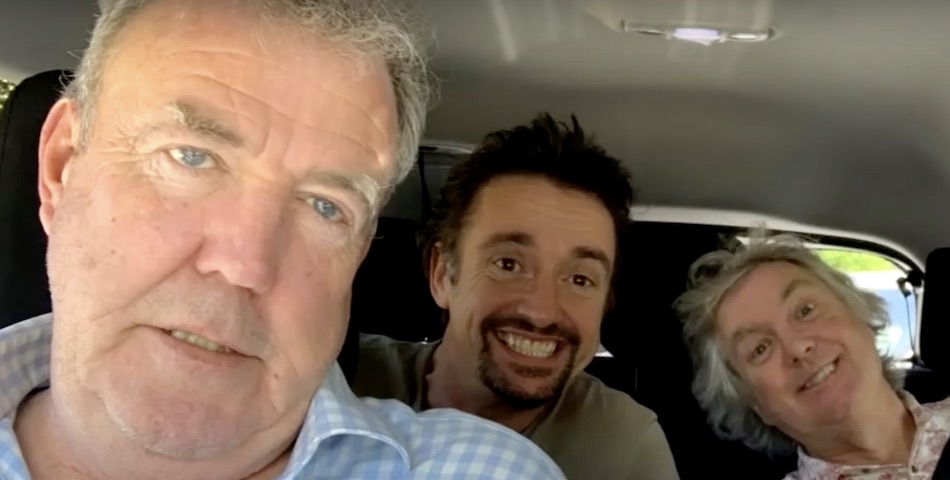 The Grand Tour fans may be wondering why there was such a kerfuffle about the second Season 4 episode, “Madagascar.” The show’s PR team recently reached out to a fan site that is all about Jeremy Clarkson, Richard Hammond and James May. What did they say about this alleged episode premiere date leak?

In August, fans of The Grand Tour became very excited about the release of the “Madagascar” episode. This is because the usually reliable IMDb site showed that the second episode of the fourth season was premiering on September 4.

But, it turns out that the September 4 date appears to be a kerfuffle. By the beginning of September, that date was removed. According to Grand Tour Nation, it was because it was a mistake.  On Wednesday, they reported that The Grand Tour’s PR team contacted them. They explained that IMDb “made a mistake” when they uploaded the September 4 “Madagascar” release date.

Clearly, someone contacted the database and they removed the “Madagascar” premiere date. Currently, IMDb only has the “Seamen” episode listed for The Grand Tour Season 4. There has not been a new date replacing the deleted September 4 date.

The Grand Tour Fans Upset Over Delays Of ‘Madagascar’ Episode

Fans of the former Top Gear stars are not pleased. One went to Twitter to show his displeasure. He tagged the show’s Twitter handle and tagged his boredom and frustration that he has an Amazon Prime Membership, but no series to watch.

Steve db wrote, “Looks like @thegrandtour isn’t coming up with a new episode any time soon. Hopefully the wait for the episode won’t be a drawn-out snooze-fest when it comes to the next episode. Even with COVID-19 I think the wait is a bit much. #boredNow #GrandTour #NotWorthAPrimeMembershipFor.”

The Grand Tour made a major change for Season 4. Instead of frequent episodes where Jeremy, Richard and James hung around the big tent and talked all things motor, they decided to stop that altogether.

Instead, they opted to have fewer episodes. These episodes would be epic travelogues. Since their Top Gear days, the trio has had memorable adventures, traveling through historic locations and even driving to the North Pole. Thanks to climate change, that sort of adventure can never happen again.

Unfortunately, their timing was off. Covid-19 happened. This means that everything from production to travel is at a standstill. Yes, the “Madagascar” episode is ready. But, Amazon may have decided to wait a bit longer to release it. That is because there will not be any other new episodes in the near future.

This means that The Grand Tour Season 4 will wind up with just two episodes. So, the pressure is on for “Madagascar” to be epic. Because the wait for the next one is going to be quite long.