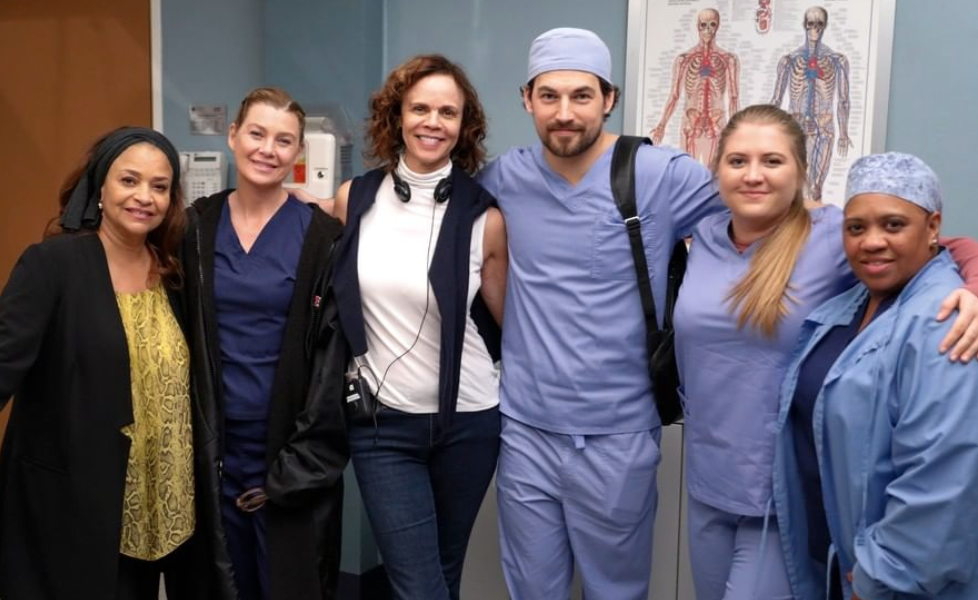 Several shows have finally been able to resume filming. Grey’s Anatomy is no different. After six long months on pause, they are finally resuming their filming.

Grey’s Anatomy is finally able to start filming again US Weekly says. They shut down for six months amid the Coronavirus. Now, they are able to get back at it.

Filming for Season 17 will kick off on September 8th. The table read for the season started today, September 3rd. Fans of Grey Sloan Memorial will not be without their favorite doctors anymore.

Initially, they were not going to touch on the virus in the newest season of the show. However, they realized it would really be in their best interest to do so. After all, the whole show is about a bunch of essential workers. How could they not address the virus?

“I spent the whole hiatus kicking it around, and I came into the writers room thinking that I had made the decision that we were not going to do it,” the screenwriter initially said.

The writing team changed their minds though and knew that they had to include it.

The team changed her mind

“[The writers] really convinced me that it would be irresponsible to not,” she says. “To be kind of the biggest medical show and ignore the biggest medical story of the century felt irresponsible to them to the medical community. These doctors are traumatized. They are not trained or wired to hold the hands of dying people all day who are alone without their families.”

The next step in the writing process was how to cover the virus. They have to be sensitive to such a horrible situation. While the show does cover a lot in the medical world, it is more than that and needs to also provide an escape. It will be interesting to see how they combine romance and drama and still address how serious the Pandemic is and was.

“They were saying things like, kids, their first year out of medical school, are seeing more death in the first year than many doctors see in a decade, and it just felt like we had to tell this story,” she says. “We have to tell this story, and so the conversation became, how do we tell this very painful, brutal story that has hit our medical community so intensely — and as they keep saying, permanently changed medicine? How do we do that and provide some escapism? How do we do that and create romance, and comedy, and joy, and fun?”

Will you be watching the new season of Grey’s Anatomy? Let us know if you will be tuning in in the comments. Come back to TV Shows Ace for more news on all of your favorite TV shows.

‘Below Deck Med’: Is Lexi Wilson Engaged? Malia White Spills The Tea
WOAH!! Jill Dillard Gearing Up To Infuriate Jim Bob Duggar?!
Is ‘Below Deck Med’ Courtney Veale Afraid Of Hannah Ferrier?!
Wait, What? Does Isabel Roloff Plan To Raise Her Baby In A Van?
Joy-Anna Forsyth Pregnant?! Another Duggar Baby On The Way?