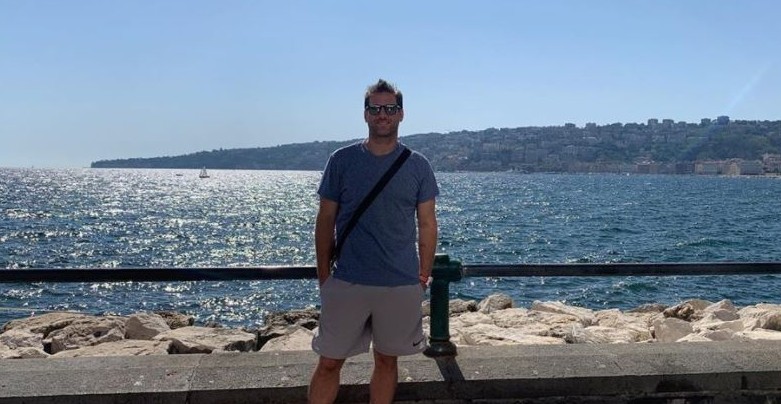 As The Bachelor: Greatest Seasons Ever! wraps up Monday night, fans will see Juan Pablo Galavis’ season. It’s fitting to show his season because this was when fans were introduced to Clare Crawley. She was Juan Pablo’s runner-up and gave him an infamous speech about wanting to be respected. Now, that philosophy has followed her to her new role as The Bachelorette. And, while it seems Clare may have finally found happiness, Juan Pablo appears to be divorced again.

Juan Pablo is back on the market

US Weekly shared all about Juan Pablo’s divorce. His now ex-wife Osmariel Villalobos, shared the news on her Instagram in March. At the time she had no intention of deleting the photo she had shared of Juan Pablo. She now has taken the photos of him down.

She had said, “The happy endings in the stories of Disney are my favorites and I grew up yearning to marry a prince, have a beautiful home, a family and eventually a HAPPY ENDING, even though my marriage was not, at all well, I thank God for letting me live this experience and to continue staying in my hope that at some point, be able to live that fairy tale.” She continued, I want to close this chapter of my life in the same way it began, with LOVE, because even though I didn’t have a fairy tale, Juan Pablo tried to make me happy and I [tried to] make him happy … and in reality that is most important. You deserve this clarification, and so here it is. We are divorced.”

They married in 2017 and never did have any children together. Juan Pablo has his daughter from his first marriage.

His time as The Bachelor

Juan Pablo was The Bachelor in 2014. Clare made her Bachelor debut during his season. Fans loved how she stood up to him and his disrespect. Respect has now become the mantra of her upcoming season of The Bachelorette.

Clare really laid it on thick when she told Juan Pablo goodbye. She let him know she would hate to have him be a father to her children. This all went down when he rudely told her he just wanted to sleep with her, but didn’t love her. He chose Nikki Ferrell as his final rose recipient. He proposed, but it didn’t last too long.

And, with Clare’s season promo’s coming out, her ex is already throwing some shade.

Stay tuned for more information on all your favorite and not so favorite Bachelor stars.

‘Seeking Sister Wife’ Garrick Merrifield All Smiles Out With Dannielle’s Family
New Photo Has Fans Concerned About Amy Halterman’s Weight Gain
Todd Chrisley Reaching Out To His Hurt Child, Which One?
Todd Chrisley Issues Statement On Lindsie & Will’s Divorce
‘You, Me, And My Ex’ Alex Hines STILL Defending Relationship With Caroline