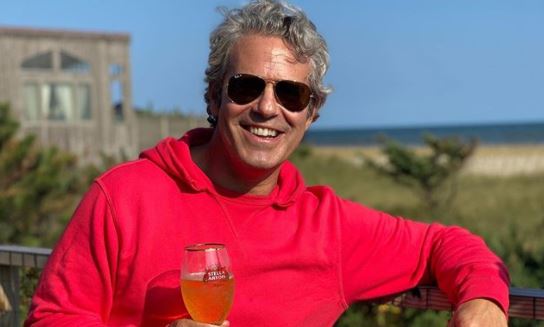 The Bravo fans are waiting for RHOSLC to come out. Rumors have been flying about the cast and start date. Today Andy Cohen let fans in on a bit about the show. You can also expect to see a big RHOSCL preview soon.

Andy Cohen went to his Twitter today and shared about the show. He told fans, “Ok I’m gonna say it: #RHOSLC IS BLOWAWAY! It’s a real curveball to the Housewives franchise… #comingsoon.” It is great news to hear that the show is coming soon! The original plan was 2020, but that could have changed now.

The trailer for #RHOSLC will far surpass #RHOC and that’s a conversation we need to have. pic.twitter.com/ntzxonOA9M

Heavy shared some rumors about who could be joining this new franchise. Reality Tit Bit was able to get some information that could be right. They say the cast will include Lisa Barlow, Jen Shah, Heather Gay, Meredith Marks, Whitney Rose, Sara McArthur-Pierce, and Angie Harrington. They don’t know that for sure, though.

This includes a lot of unknown names, but they will be household soon if they make the cast. Some of the current housewives already follow them, so that is interesting. Maybe they heard the rumors or maybe they are really on the cast of RHOSCL.

Andy talked about this show at BravoCon. Here is part of what he had to say.

“We’ve always tried to choose cities that have completely unique personalities, and we also try to throw a little curveball now and then, pick somewhere you maybe weren’t expecting. We are very excited to travel to Salt Lake City, Utah for The Real Housewives of SLC.

You didn’t see it coming, but I have to tell you, in Utah, you’ve got the majesty of the mountains, you’ve got the majesty of the Mormon religion, you’ve got an exclusive community of people who have very successful businesses, who live in their own universe. They hobnob with Hollywood stars who come to Sundance. It is gorgeous, and I think you’re gonna be really surprised, intrigued, and titillated by the group of women we have chosen in Salt Lake City for the next Real Housewives. Stay tuned.”

Hopefully, the cast of RHOSLC comes out as RHOBH is coming to an end. Fans are just going to have to wait and hope that Bravo is ready to reveal the information.

Fans are going to have to wait on an announcement from Bravo of when RHOSLC will start airing. The Salt Lake City women are going to be wild to watch.