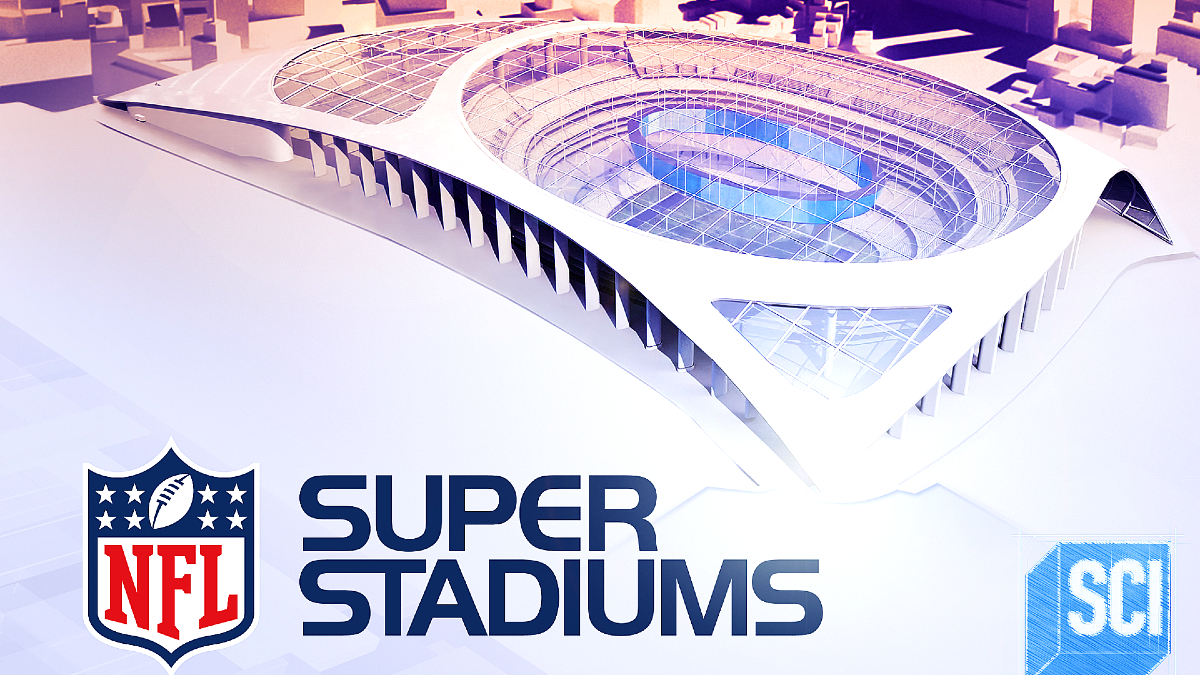 Did you know there’s science behind your favorite sports stadium?  Science Channel will take us behind the scenes of the new head snapping SoFi Stadium in a new special, NFL Super Stadiums.

Teaming up with the NFL, producers get a fresh look at how super stadiums like SoFi are conceived and built for fans’ maximum enjoyment, and big profits for stadium owners.

Together with the NFL, Discovery and Science Channel have chronicled the work of this fearless team of engineers who constructed this state-of-the-art stadium, as well as the executives, coaches and players from the Rams and Chargers as they prepare to take the field in their unparalleled new home.

In Los Angeles, the epicenter of the entertainment world and home to millions of sports fans, a team of elite engineers was tasked with building a record-breaking stadium that will put America’s favorite sport on the biggest stage in all of Southern California.

NFL Super Stadiums offers a never-before-seen look at this record-breaking engineering feat to create another historic monument in LA, and the work of two storied NFL franchises evolving their brands as they usher in this next era of football in Los Angeles.

It will also feature the biggest video board in all of sports.  SoFi will serve as the future host of Super Bowl LVI and the Opening and Closing Ceremonies of the 2028 Olympics. 260. It’s capacity is 70,240 (expandable to 100,240 for Super Bowl, WrestleMania, FIFA World Cup, Summer Olympics, and other major events) with acreage clocking in at 298 acres (121 ha).

More than 6.5 million cubic feet of concrete and upwards of 70 thousand tons of steel are inside this stadium.

LA’s SoFi Stadium will not only be home to two NFL teams, but is also equipped to become the next great entertainment landmark, hosting world-renowned music artists and live events.

With bold designs, such as advanced earthquake-resistant construction that required engineers to build a 20,000 ton steel truss and excavate more than 21 million cubic feet of earth, as well as innovative air channels to direct ocean breezes across the stadiums giant bowl to keep fans cool in the scalding California heat, SoFi Stadium’s high profile is matched only by its remarkable, monumental scale.

The special features interviews including:

The executives behind NFL Super Stadiums

NFL Super Stadiums is a two-hour special premiering September 9 at 8pm ET/PT on Science Channel and September 12 at 11am ET/PT on Discovery, plus a special encore on NFL Network September 19 at 9pm ET/PT

**In addition to watching NFL SUPER STADIUMS on Science Channel, viewers can join the conversation on social media by using the hashtag #NFLSuperStadiums and following SCIENCE CHANNEL on Facebook, Twitter, and Instagram.