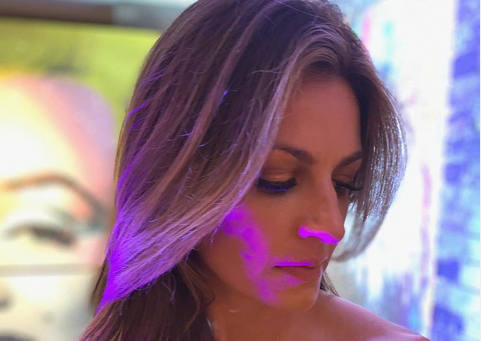 Things are rapidly changing at Dancing with the Stars as they prepare for their twenty-ninth season. First of all, they have a new host, Tyra Banks. As for the old hosts, they’ve been let go, but it’s a bit of a surprise the way Erin Andrews found out. Andrews said she felt as shocked as the rest of the world when she found out. Erin said she has kept up with her fellow host, Tom Bergeron who also got the boot. She told Extra, “it was a surprise. I got a phone call and I answered the phone. I was like, ‘this isn’t good.’”

Several people involved with the show have spoken out about the network getting rid of Andrews. Alfonso Ribeiro and Lea Thompson said the show should be cancelled. Fans have also expressed their displeasure that Andrews was let go.

One fan posted, “I heard that you and Tom won’t be back on DWTS. Then, neither will I.” Several fans posted they also would not be back to the show. Another fan shared how much they are going to miss both Erin and Tom. They said, “No disrespect to Tyra. I’m sure she’ll do well. But you guys were an outstanding team.”

Erin Andrews said she’s stayed in touch with the pro dancers and with Tom who also got let go. She said, “I text Tom, like, once a week … and the dancers as well. That’s a family. I obviously danced on the show and then worked on the show for so many years.”

Andrews went on to say she calls it the DWTS mafia. She said, “once you’re in, it’s really hard to break away. That’s a very, very tight-knit group.” The network announced they would be moving forward without the two hosts and Tyra signed on the next day according to US Weekly.

She Thinks Tyra Banks Will Do A Good Job

Erin Andrews doesn’t harbor any ill will. She said, “Tyra’s got that down perfectly. She can nail the walking in gowns and heels, so good for her.” In the preview for the new season, Tyra is sporting a long fierce pony and a black outfit. It’s complete with some black gloves and chain detail. She says, “you will not believe who is dancing this season.” She then makes a little claw motion with her hand that some think is a Carole Baskin hint.

This season should be interesting with one of the contestants being Carole Baskin of the Joe Exotic documentary. People will likely tune in just to see if she dances with tigers. All the changes will make for a different year on the shows. Die hard fans can’t wait to tune in on Mondays to watch the twenty-ninth season. DWTS airs on September 14th on ABC.