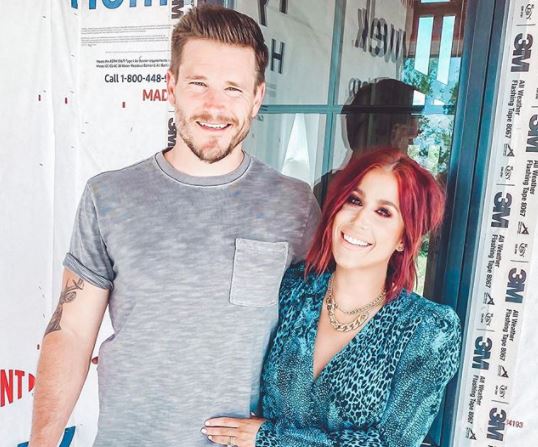 Teen Mom 2 star Chelsea Houska is speaking out and it turns out she isn’t a pro at pregnancy. She has done this a few times already though. E! Online shared what she had to say. Chelsea has her fourth child on the way.

It turns out that Chelsea Houska thought she knew what she was doing. While pregnant with her fourth child, she was quickly reminded that all children are different. Things aren’t quite the same this time around. Chelsea Houska said, “I thought I was a pro. I thought, ‘Ok, I’ve had a boy and two girls.” She went on to say, “I know what this will be like’ but this one has definitely been different. I’m definitely more sick. I have acne. I’ve never had that before during my pregnancy. This one is definitely throwing me for a loop.”

This is the Teen Mom 2 stars fourth child and it turns out that it is also her last. She doesn’t plan on anymore in the future after this one. It isn’t set in stone just yet, though. Chelsea Houska could easily change her mind.

She shared saying, “I always say that since this one is likely going to be our last one, they are going to give us all the symptoms so we’re okay with being done.” She does have a pretty good point about that one.

They are having a baby girl this time around and of course, her husband Cole DeBoer is being super supportive. Fans have seen how great Cole can be on Teen Mom 2. Here is what she had to say.

“Oh my gosh! He is always just above and beyond. He’s so sweet and supportive and even if I’m not feeling the greatest or look the greatest, he’s always telling me, ‘Oh you’re so beautiful’ and making sure to lift me up. He’s so great.”

It even turns out that Aubree found the pregnancy test saying another baby was on the way before they got a chance to tell her. She is getting older and is 11-years-old now.

Don’t miss new episodes of Teen Mom 2 on MTV when they air. The new season starts tonight and you don’t want to miss all of the drama. Luckily, Chelsea Houska is usually the one who stays out of the drama and just lets fans enjoy her family.