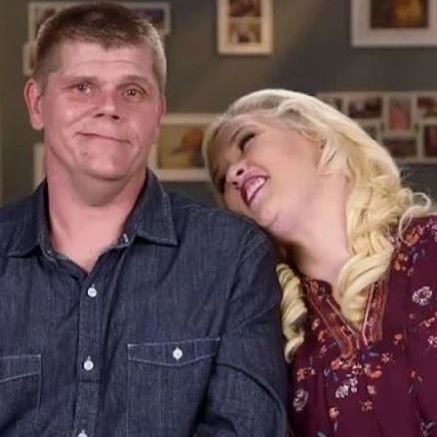 Mama June Shannon, the 41-year-old reality tv star, and boyfriend, 42-year-old Geno Doak, is making headlines once again! Mama June is reported to be going under the knife for the third time in her career. This time she’s getting Liposuction, a tummy tuck, and some beautiful, shiny, new veneers!  Geno at 307 pounds is reportedly getting a new set of teeth and a gastric sleeve procedure to help him shed some of those unwanted pounds. This will be Geno’s first time going under the knife to change his appearance.

According to DailyMail.com, she is having the procedures done in Beverly Hill, California by Dr. Michael K Obeng, leaving their new veneers to be done by Dr. Tom Kalili. Sounds like she’s going from Not to Hot once again! Recently we heard reports of Mama June Shannon and Geno happily celebrating seven months of being sober and we congratulate the pair! Right before the season finale, Mama June: Family Crisis, aired, Geno revealed that himself and June had spent $150,000 on cocaine in a six-month time span. Later on, June and Geno made the comment that they were going through a couple of ounces of crack a day. Mama June Shannon talked about having to sell her house and liquidating her assets due to her addiction.

DailyMail.com also reported that the couple has had some previous issues, due to their drug addiction that led to multiple unpleasant, and consequential, encounters with law enforcement parties. June and Doak are a little more than a year out from their March arrest in connection with possession of Crack Cocaine. Mama June Shannon’s boyfriend, Doak was also charged with domestic violence and harassment in that same incident.

This isn’t the first surgery for Mama June, mom of pageant daughter Alana “Honey Boo Boo”. Alana, the daughter of the couple, starred in many reality shows such as Here Comes Honey Boo Boo, starting her career as a reality star in Toddlers and Tiaras. In 2017, Mama June had surgery to help to lose approximately 300lbs. She had great success, and later, had to later get excess masses of skin removed. She later showed off her new look on her reality show Mama June From Not to Hot.

All this is in the past! Clean and sober we are looking forward to seeing these two’s transformations. Mama June Shannon for the second time and boyfriend Geno for the first time.

Her show Mama June From Hot to Not should be coming back for another season. Maybe this surgery is the reason why.

Krystal Nielson Takes Big Step In New Relationship
‘MAFS’: Is Virginia Too Much Of A Party Girl For Erik?
How Does ’90 Day Fiance’ Star Brandon Gibbs Make A Living?
Busby Family Deals With Yet Another Health Issue
‘Love After Lockup’: Is Michael Simmons Still With Maria?