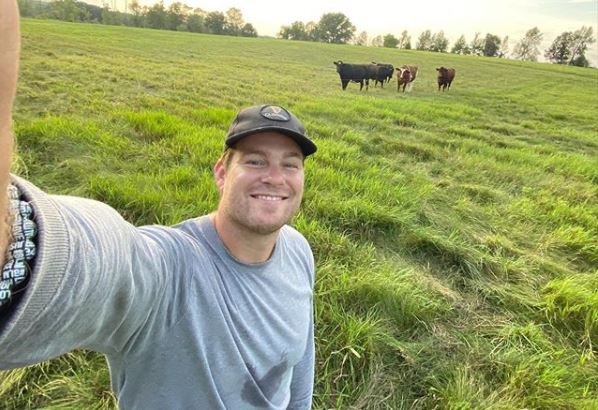 Saved by the Barn star Dan McKernan has done a great job at Barn Sanctuary. Fans loved watching Season 1 and seeing him save so many animals. A new post on Dan’s Instagram shows that he is working another job too as well. So, what is Dan up to now?

Saved by the Barn star’s other job

In the tags, he says that he is an Animal Control Officer. This is something that Dan never talked about on Saved by the Barn. You have to wonder if it is a new job for him or something he has been doing for a while. It can’t be easy if he ever has to put down an animal, which is what a lot of Animal Control Officers’ have to do now and then.

What else has Dan been up to?

Season 1 of Saved By the Barn aired on Animal Planet a while ago. Now, fans are wondering what Dan McKernan is up to. Well besides being an Animal Control Officer, he has made it clear he is still at the farm. He is always posting on his Instagram page.

Dan is also always learning about things to do to help the animals at Barn Sanctuary. He recently shared a book that he has been reading to learn even more.

Fans are really hopeful that Animal Planet will end up doing a Season 2 of Saved by the Barn, but it isn’t looking that way right now. A ton of comments on the posts are about starting a petition and how they need to find a way for it to return.

Here are a few comments from fans on Dan’s posts.

You can watch Season 1 of Saved by the Barn on Animal Planet. So far, things aren’t looking good for Season 2 of this show.

Was Tammy Slaton TRYING To Kill Herself In Deleted Instagram Post?!
How To Watch Jessa Seewald’s Birth Story For Baby Fern
‘Dexter’ Revival: Release Date, Cast, What We Know So Far
Roloff Farms Construction Resumes: Will It Complete Before Amy’s Wedding?!
Todd Chrisley Debunks Lindsie Bombshell: Wait, She Was Involved?!