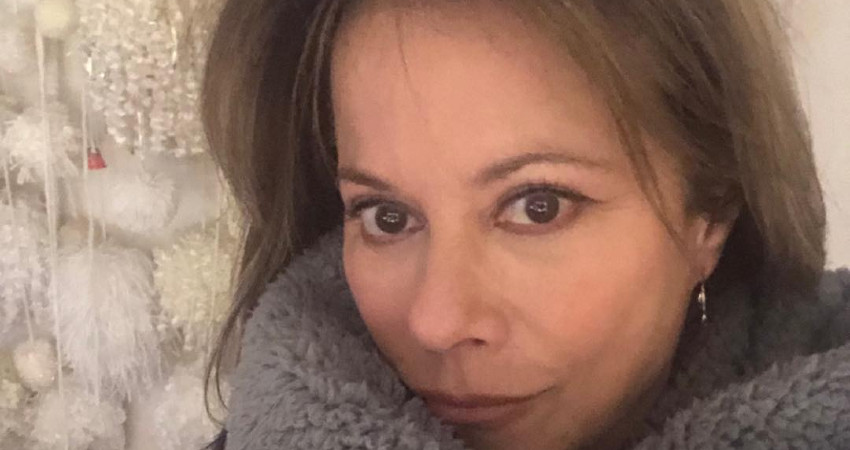 General Hospital’s Alexis is giving new meaning to the term “mankiller.” In this week’s episode, Alexis’ lover dies after a romp in the sheets with the lawyer. Nancy Lee Grahn, who has played Alexis for over 20 years had a hilarious response to the shocking twist.

Neil Dies After Getting Hot and Heavy With Alexis on GH

Neil (Joe Flanigan) is Alexis’ latest pairing on GH. The characters took over a year to get together only for Neil to kick the bucket the next morning. After a steamy night of passion, Alexis wakes to find her lover dead.

Many GH fans took to social media to express dismay over the turn of events. But, others couldn’t help but make jokes about Alexis being a mankiller. Again.

Indeed, the jokes came fast and furious on Twitter in the aftermath of Neil’s death on GH. One fan took a trendy topic and related it to Alexis. The fan wrote, with apologies to Nancy Lee Grahn, that Neil “couldn’t handle Alexis’ WAP.”

If you’re unfamiliar, “WAP” is a song by Cardi B with a very explicit meaning. It stands for “Wet A** Pu**y.” The phrase has taken over social media, with the #WAPChallenge on TiKTok. In the challenge, the social media user recreates part of the dance from the “WAP” music video. The moves involve a lot of gyrating.

Even celebrities such as The Real Housewives of New York stars Tinsley Mortimer and Leah McSweeney are taking part.

Another GH fan, Alan Sarapa, polled his Twitter followers about their preferred way to die. The poll offers “yes” or “no” options to the question if you’d mind “being banged to death?”

Would being banged to death be your preferred method of death? #GH

GH fans aren’t the only ones to have some fun with the storyline twist. Nancy Lee Grahn has played Alexis on General Hospital for 24 years now. In the time, she saw Alexis kill her fair share of men. However, none of them have died in quite the same manner as Neil.

Nancy Lee Grahn recounts Alexis killing men with a knife, a good push of a parapet and several car accidents. However, she’s never “$*#&ed 1 to death.”

Almost 20 years ago, Alexis and Sonny (Maurice Benard) had a one-night stand. It resulted in a baby and almost two decades of fans rooting for ‘Sexis,’ as fans dubbed them. With Neil out of the way, fans think it’s a perfect time for Sonny to console his baby mama.

After all, the chemistry between the actors only fuels fans’ desire for Sonny & Alexis Part 2. The General Hospital stars had a hilarious Twitter exchange about Neil’s fate. It all began when Maurice posted a video of a rhino, benignly joking that he wants one. First, Nancy responded to his tweet, asking why he’s still awake that late.

Then, Maurice replied that he took a nap after work and woke up to GH playing on the TV. He joked that Alexis was “too much” for Neil. Nancy retorts by saying she “held back” when Alexis and Sonny hooked up. She asked if he wants a “love-off.”

The actor quickly delines, saying he can’t keep up with her.

Because sometimes when I come home from a great hard day from work I fall asleep early and I wake up I turn on the TV watch General Hospital and see you were too much for your boyfriend. 😎

Several fans caught the exchange on Twitter and chimed in. The fans hope GH will revisit the Sonny and Alexis pairing someday.

Were you surprised that Neil ended up dead in Alexis’ bed? Tell us in the comments below.

General Hospital airs weekdays on ABC. Follow us on social media for the latest daytime and primetime news!