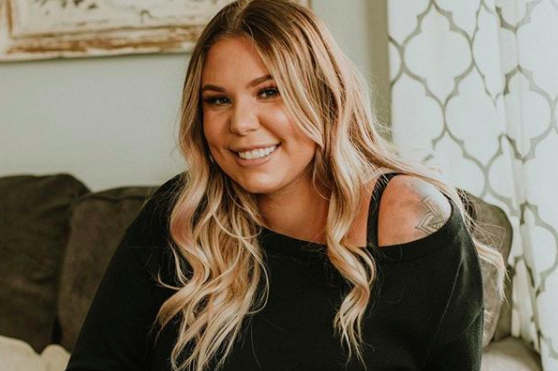 Teen Mom 2 star Kailyn Lowry’s newest son is finally one month old as of Sunday. But, now after one month, fans are still getting into arguments over what the little guy’s real name is.

This initial baby name debut prompted fans to start guessing why she chose the name Creed. Many thought it was after the band while others asked if she named her son after Creed from The Office.

Kailyn went on to clarify that Creed is actually a reference to the Michael B. Jordan movie in which the actor plays the son of Apollo Creed from the Rocky movies. But, some fans are still not satisfied with that answer. One even commented saying, “Why would she name a baby after a movie CREED.”

But, over the last month fans have noticed Kailyn using multiple names to refer to the little guy.

Is it Creed Romello or Romello Creed?

Monday, August 31st, Kailyn shared a one month update about her son to Instagram. She captioned the post saying, “it’s so insane how we carry these little humans for 9+ months – we don’t even know them or their personalities yet & they come into our lives & we instantly love them so hard & can’t picture how we ever lived without them.”

She continued on sharing her new mom of four experiences referencing sleepless nights and the struggles of managing a new routine. But she wrapped up her sentimental post saying, “it’s been a whole month of loving this tiny babe🖤 #Mello.”

Wait a minute, who’s Mello? This hashtag is what threw fans into a tizzy. Multiple fans have been commenting trying to get Kailyn to clear up the confusion.

One fan said, “I thought his name was Creed,” while another asked, “Where does the #Mello come from?” with a red emoji heart.

Fans continued replying to each other debating on whether Kailyn’s newest addition is actually named Creed. One fan shared that Kailyn had a post up a few days ago with a bunch of hashtags with the last one being #romellocreedlopez, thus proving his real first name is Romello. This would explain why Kailyn used the #Mello.

But another fan insisted that she read a comment from Kailyn explaining that all of the kids’ middle names have double “L”‘s in them, making her son name’s Creed Romello.

Kailyn told E! News that his name is Romello Creed. But, she has yet to respond to the comments on her post.

What do you think Kailyn Lowry’s newest son’s first name is? Is it Creed or Romello? Let us know what you think in the comments below. Be sure to catch a brand new episode of Season 10 of Teen Mom 2 tonight on MTV at 8 p.m. ET.

A New ‘Big Brother’ Baby Has Been Born! Who Gave Birth? [See First Pic]
2 Other ‘RHOBH’ Stars Are Dealing With Their Own Legal Drama
Kim Kardashian Sets Instagram On Fire With Unbuttoned Daisy Dukes
‘Love Island USA’: Aimee Flores Refuses To Give Her Cookie To Any Man
‘Say Yes To The Dress’: Did Randy Fenoli Fat Shame Daniela?!