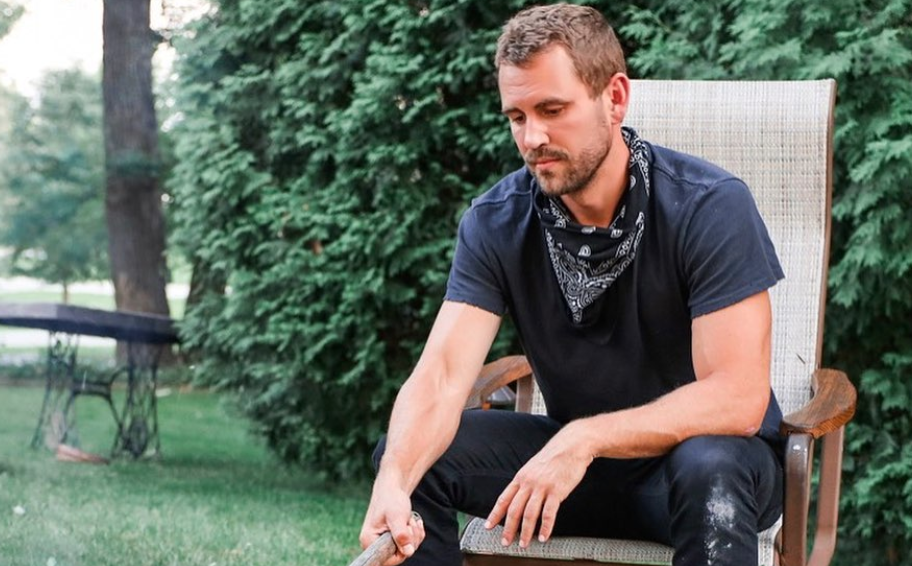 Fans are shipping Nick Viall and Hannah Ann Sluss. Now, Nick is opening up on if he agrees with that or if they are just friends.

Nick Viall and Hannah Ann have been getting shipped together lately. He says that right now, she is just a friend. He doesn’t seem to think they will ever be more than that, Life & Style says. However, only time will tell if that’s true.

“I’ve gotten to know Hannah Ann. I consider her definitely a friend,” Nick said about the Bachelor star. “She seems like a very nice person but again, just absolutely [see her as] a friend. I don’t suspect that would ever change.”

This all started when Nick left a witty comment on Hannah’s post. Since then fans have been shipping. Nick says that they just ask each other favors now and then. That’s all that’s going on between them.

“We keep in touch as friends. I’ve asked her for a favor here and there and vice versa,” Nick reports.

Nick on ‘The Bachelorette’

This isn’t the only thing Nick has been talking about. He’s also opening up on if he thinks that Clare Crawley chose to leave The Bachelorette early, or if the producers pushed her out.

He continued asking why the show couldn’t be both entertaining and a place to find love.

“In terms of as far as, you know, for all the people who want to be like, ‘Good for Clare. This is about finding love!’” Nick says. “Can we stop pretending it’s not a TV show? Can’t it be both? Can’t people be both sincere and willing to be participants in making a TV show so people can be entertained? It’s not mutually exclusive, you know?”

Hopefully, the new season of The Bachelorette will end up showing what really happened between Clare and her new man. Then, fans will get the chance to see Tayshia Adams fall in love.

Do you think Nick Viall and Hannah would be a cute couple? Let us know what you think in the comments. Come back to TV Shows Ace for more news on all of your favorite Bachelor Nation stars.