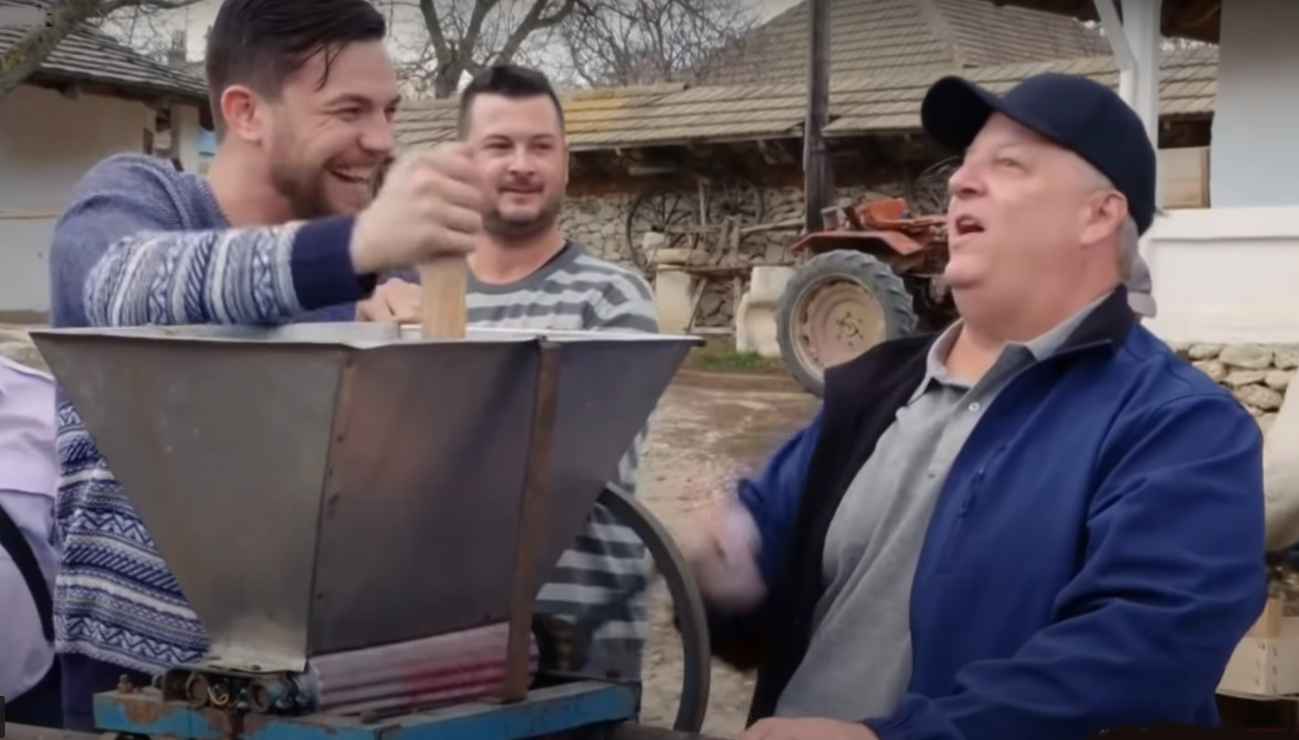 Up until recently, 90 Day Fiance: Happily Ever After? star Andrei Castravet has had a tense time with Elizabeth’s brother, Charlie. Tensions eased a little during the August 30 episode of the TLC reality show. Andrei takes his wife and her family to a small Moldovan village where they learn the basics of making wine. Basically, they all have great fun taking off their shoes and socks and stomping the grapes!

So far, fans haven’t liked Andrei Castravet on the latest season of 90 Day Fiance: Happily Ever After?  Viewers find him to be too controlling for their tastes. Meanwhile, Elizabeth seems to handle her hot-blooded husband just fine. However, her family is now visiting Moldova for their second wedding and there have been problems from the start.

Andrei and Elizabeth’s brother Charlie were close to punching each other’s lights out over dinner in a recent episode. Since then, the whole family has criticized Moldovan cuisine, calling it peasant food. Safe to say, there has been no love lost on either side. Chuck doesn’t trust Andrei as he appears to be hiding a secret relating to his past as a police officer. the 90 Day Fiance star’s constant questions about the past are infuriating Andrei.

Andrei came up with a plan to entertain Elizabeth’s family in the latest episode. He wants to smooth things over with his in-laws prior to the wedding. The whole extended family takes a trip to a small Moldovan town to visit a wine farm. On arrival, everyone is charmed by a young donkey that comes to greet them. However, it is when they get to the winemaking equipment that things suddenly become fun.

While Andrei explains the process and shows them how to crush the grapes, it is clear he has done this before. When Chuck asked if they stomp the grapes to make wine, Andrei arranges for them to do just that. The whole family takes off their shoes and socks, hopping into the barrels to stomp the grapes. Andrei jokes with Chuck that there is work involved, implying he isn’t used to that. Not to be outdone, Chuck also steps into a barrel. The scene that really cheered fans was when Andrei and Charlie started stomping grapes together. Both were laughing as they held on tight to each other to avoid slipping and sliding.

Can the 90 Day Fiance stars get along now?

Chuck and Charlie later told the cameras that this was the nicest day they have spent with Andrei. Admittedly, neither of them has forgotten the dinner argument and they do hold a grudge against Andrei. However, looking back, Andrei was not the only man at the party who drank too much. As noted by Screen Rant, both Chuck and Charlie are equally to blame for the outburst. Hopefully, after all the fun of the wine-making session, both sides of the family can make a new start.

Watch 90 Day Fiancé: Happily Ever After? on Sundays at 8 pm ET on TLC.

OMG!! Did Meri Brown Admit Her Husband Kody ABUSED Her?!
Wissmanns & Duggars Have Been Friends A LONG Time: See Old Photo
Savannah Chrisley Has A BIG Question About Showering & Storms
Katie Thurston Proves She’s NOT The Master Of Disguise
Kyle Richards Calls Out Lisa Vanderpump: ‘Give It A Rest’