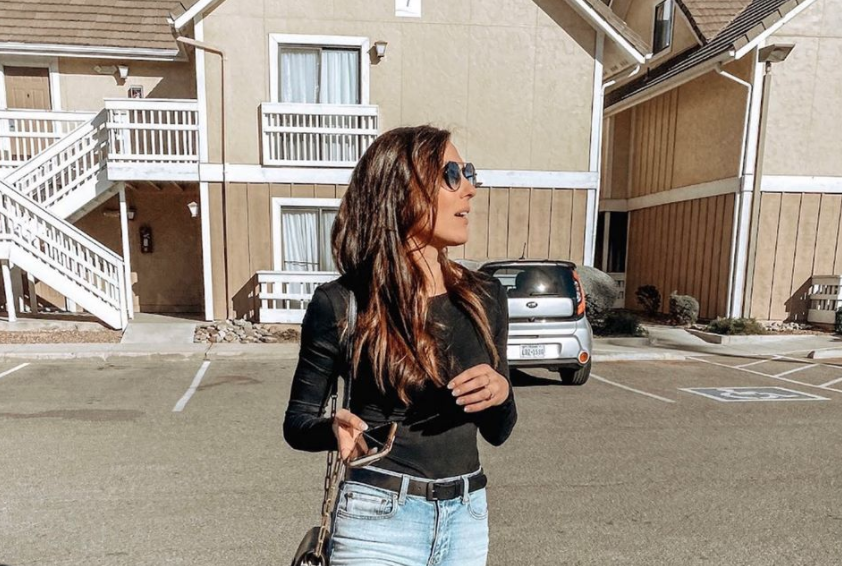 Becca Kufrin and Garrett Yrigoyen’s relationship has been a hot topic for a while. Now, the former Bachelorette is revealing where they stand after two years.

Becca Kufrin and Garrett split up

Unfortunately, the Bachelorette couple was not able to make their relationship work. Apparently, after two years Becca has announced that they finally did split up. This all comes after a lot of drama went down with the pair between the Black Lives Matter movement and Police brutality. It seems they had very different viewpoints on the matter.

According to People, Becca announced the split on the Bachelor Happy Hour podcast with Rachel Lindsay.

“I don’t think it’s going to come as a shock to anyone, but Garrett and I have decided to end our engagement,” Becca said on the podcast. Apparenlty, she recorded the news alone because she didn’t want to bring anyone else into it since its so personal.

I never turn down a challenge, @kaitlynbristowe. Especially when it involves food…but the real question is, do pizza rolls count? Let’s see what 🍕🍕🍕 angles you’re workin with @nat2shabby @carolinelunny @beccatilley @sydneylotuaco @amandamitchell__ (and please invite me over while you do so) #pizzachallenge

So, it sounds like it may have been more than just their differing opinions on politics. However, she isn’t wrong, this really doesn’t come as a surprise. Their split has been speculated for quite some time.

Becca continues to make it clear that despite the split they really did find love on The Bachelorette. It just didn’t end up working out.

“We went on this crazy TV show over two years ago in hopes of finding love, and we were lucky enough that we did,” Becca says. “We really, truly did. I’m so grateful for that opportunity and to have had the two-plus years with Garrett. Like I said, I still have so much love and compassion in my heart for him. Just because we’ve arrived at this decision now doesn’t take away all of the years and the countless memories that we’ve made together. I will always look back at this time in my life with so much gratitude and love.”

Are you sad to hear that Becca and Garrett broke up or do you think they are better apart? Let us know what you think in the comments. COme back to TV Shows Ace for more news on all of your favorite Bachelor Nation stars.