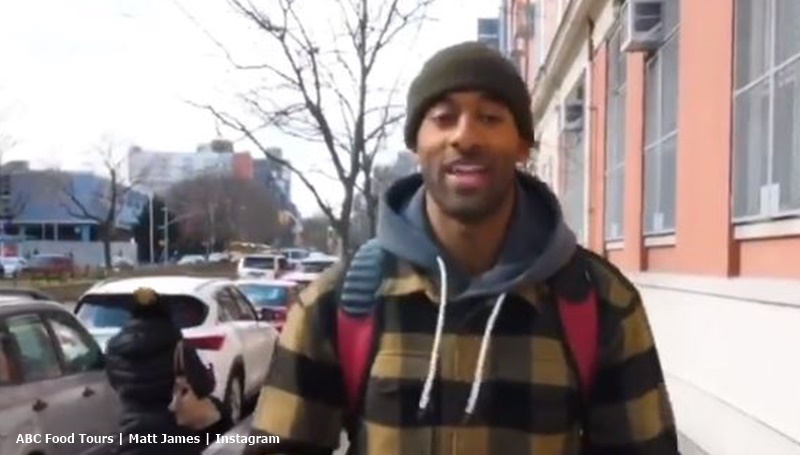 Bachelor 2021’s lead, Matt James apparently films at the Nemacolin Woodlands Resort in Pennsylvania. Much like The Bachelorette, the entire show films in one place because of quarantine restrictions. His lady contestants never yet got revealed, but fans already speculate on the best possible outcome on the ABC show.

Bachelor 2021 airs in January next year with Matt James

We reported that spoilers from Reality Steve point towards Matt meeting his female contestants in September. No doubt, the upscale resort brings all the necessary romantic ambiance for him to find his one true love. Actually fans who heard that he got the lead in the ABC felt some relief. After all, initially, ABC slated him for Clare Crawley’s Bachelorette season.

Well, we also reported that “Matt’s best friend is Tyler Cameron.” In fact, they “live together in New York and…spent quarantine together in Florida.” You might recall that People described how Tyler joked about Matt’s bedroom decor. With no spoilers coming from Matt, sometimes Bachelor fans look to Tyler Cameron for hints and clues. Now, they talk about the best outcome for Matt. But, it might not be what quite what you expected.

Tyler Cameron shares about an outing with his friend Matt

On Monday, Tyler shared a set of photos that showed him out with Matt at the Hard Rock Stadium. Joking a bit, he wrote, “Feeling cute so I took Matt on a date to a drive-in movie theater at the @hardrockstadium with @drinkbabe and @miamidolphins 🐬.” Tyler joked, “Been trying to convince him I don’t want to be a third wheel. Not going well for me tbh.”

Next, he talked about a chance to win a date. Bachelor fans love how Tyler and Matt get along so well. Plenty of them commented on their friendship. But then, someone said, “plot twist: Matt chooses Tyler at the end of the season.” Actually, lots of people loved that idea. In fact, some of them think it’s the best possible outcome.

The idea of Tyler with another man’s not beyond belief. Sometimes he gets a bit flirty with Andy Cohen on his Instagram. One fan noted that Matt and Tyler ending up together might “be a good ending 😂.” Another one commented on, “the ending we deserve after Peter’s season.” Meanwhile, Tyler joked back at fans saying, “we can only hope 🤞🏼.”

One Bachelor fan noted, “no need for hope. When you got all that sunshine you be blessed like the red skins. ❤️ Always wandered what charismatic looked like, (sic).”

Feeling cute so I took Matt on a date to a drive-in movie theater at the @hardrockstadium with @drinkbabe and @miamidolphins 🐬 Been trying to convince him I don't want to be a third wheel. Not going well for me tbh. Anyways, head over to @drinkbabe for your chance to win a Myler date night kit by BABE #babepartner

Jokes aside, if it ever happened, maybe Bachelor host Chris Harrison’s eyebrows would shoot off into the stratosphere. But, then again, maybe not. His girlfriend Lauren Zima also joked with Tyler. She said, “Who’s this Matt guy..seems cool.”

What do you think of fans joking about Matt and Tyler being the best possible outcome? Sound off in the comment below.

Brush Up On Brendan Morais Before ‘Bachelor In Paradise’
‘The Bold And The Beautiful’ Spoilers, July 19-23, 2021: Carter And Quinn Are All In
‘The Umbrella Academy’ Season 3: Netflix Release Date & Details
Lauren Burnham Only Wants ‘Good Vibes’ In Dream Nursery
Audrey Roloff Flaunts Serious Skin & Baby Bump In Skimpy Bikini