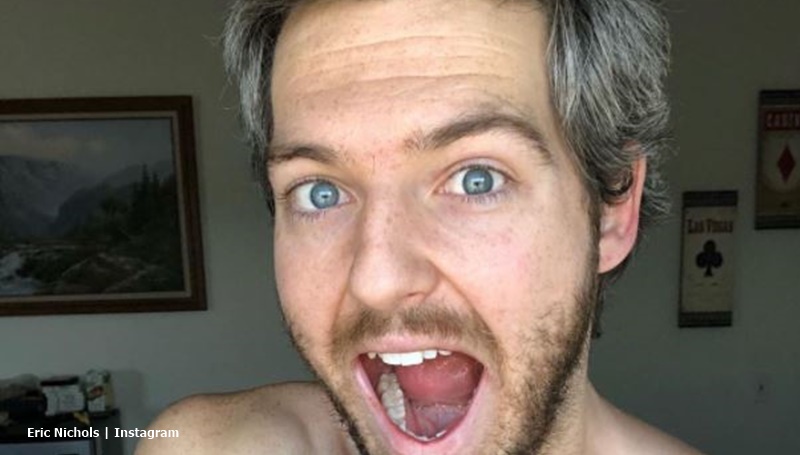 90 Day Fiance star Eric Nichols posted a copy of a bank statement online. Why no earth would he do that? And, it’s got a rather healthy balance. Taking it down just half-an-hour later, maybe he experienced some second thoughts. But, it’s too late. Someone already screenshot and shared it.

In his original post, Eric captioned it with, “Don’t make assumptions.” Blogger John Yates captured it and shared it on his Instagram account. He captioned it with, “Looks like Eric can afford a whole bunch of boob jobs.” Well, that explains why he lost his mind and shared it in the first place.  Recall, that recently, fans saw Larissa on the TLC show. She asked Eric for a loan for plastic surgery.

On Sunday 90 Day Fiance fans saw that Eric said he’d pay up but as a loan only. Eric told the camera he wondered if Larissa’s body enhancements would ever end. But, he added, “if it makes her feel happy and confident about herself, that’s cool.” However, he says if Larissa is unhappy. it kind of puts him on edge and irks him a little bit,” we reported.

Over on Twitter, plenty of TLC fans decided the storyline’s scripted. After all, they noted, Eric can’t afford all those nose, boob, and other things Larissa wants reconfigured. One fan noted, “How does Eric have money for breast implants but Larissa had to buy his current phone?” Another person commented, “Why do the scenes between Eric and Larissa seem so fake? Like this is really not believable.”

Meanwhile, on John Yates’ Instagram, fans also discussed the bank statement and Eric’s financial health.  Skeptical fans still think he fakes his bank balance. One 90 day Fiance fan suggested, “As if other people don’t leave their receipts at the ATM. 🙄 he literally could’ve picked this up off the ground.” And, others thought he never saved that kind of money. They suspect that he sold his house and banked it in his savings account. 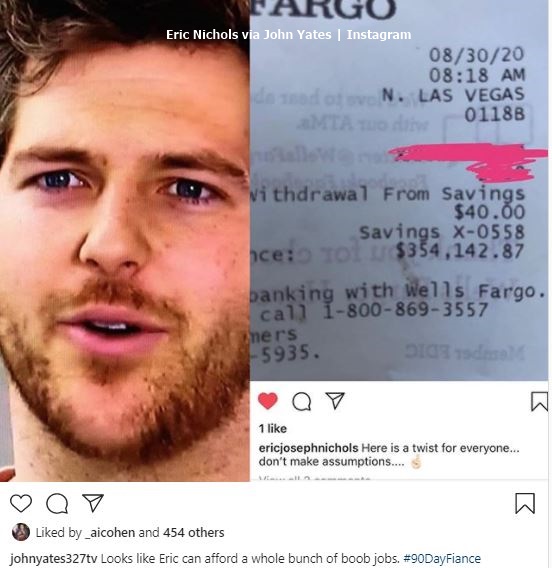 If Eric shared his bank statement to prove his liquidity, some fans think he’s not being very careful. After all, all sorts of people lurk around the Internet. Before Eric removed his post, one fan thought it  a very bad idea. Maybe, that’s why he deleted it soon after.

Some 90 Day Fiance fans wonder why on earth he felt the need to share his personal savings on social media? After, it’s a reality TV show. He needn’t reveal everything about his life. Do you agree? Sound off in the comments below.