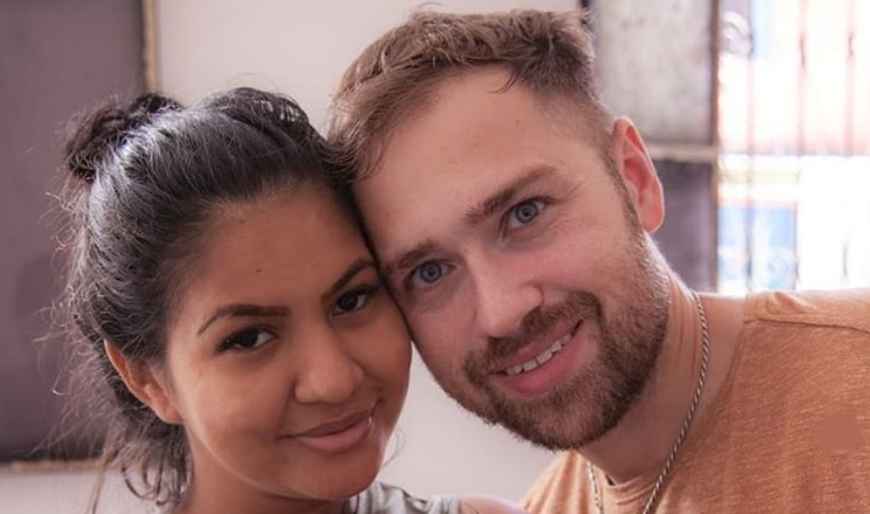 Karine Staehle has been under a lot of stress lately on 90 Day Fiance: Happily Ever After? The August 23 episode saw her lock herself in the bathroom. She did eventually come out but wouldn’t let the TLC camera crew near her. She also totally ignored her husband, Paul. Karine wants to open up about her behavior in that episode to let fans know what was happening.

90 Day Fiance star Karine locks herself in the bathroom

In the episode of August 23, the TLC production team arrives at the trailer park. However, upon entering Paul and Karine’s home, they discover the Brazilian beauty has locked herself in the bathroom.  Paul, 36, knocks on the bathroom door, asking Karine to come out and if she needed anything. The TLC crew wants to know what is happening. Paul responds, saying he isn’t sure. He says he had told Karine his mom was coming over but she went into the bathroom and won’t come out.

Karine does eventually come out of the bathroom but immediately leaves the house after briefly speaking to her mother-in-law. She tells Paul’s mother she is feeling bad. Karine stresses, “It’s not you, OK?” She then heads into a nearby park and sits alone, ignoring her husband and the camera crew.

Was Karine subject to domestic abuse?

Fans found this behavior odd, believing Karine may have suffered a domestic abuse incident. Other fans theorized she might be going through postpartum depression. After seeing the comments on social media, Karine decided to let fans know what was happening.

Speaking to the cameras, the Brazilian reality star said she wasn’t feeling herself in the previous episode. Karine said things have not been going well since she arrived in America. Basically, she left the house because she wanted to be alone and to not have to face the cameras. Karine said she was also upset because she isn’t adapting well to the U.S. Moreover, she and Paul have been arguing a lot.

Karine explained that a few weeks ago, she had given Paul two months to find a job, but nothing has happened so far. She decided to visit an immigration lawyer to find out her options.

It sounds as though Karine and Paul were having an argument prior to the production team arriving at their home. It is easy to understand how difficult this was for Karine. Wanting to avoid the cameras, she locked herself in the bathroom, only coming out later.

Karine also made it clear that she would be seeing an immigration lawyer. She wants to find out if she can leave the country with baby Pierre. In Sunday’s latest episode Karine calls an Uber and travels to see an immigration lawyer, along with little Pierre. She said in her confessional that it was the first time she has left the house without Paul. Karine didn’t know whether he was going to be angry with her. However, she needs help, as she is growing desperate. Karine truly wants to go home to Brazil to see her family but she doesn’t think Paul will agree. She doesn’t want to have to choose between her husband and her family.

Karine saw the immigration lawyer, accompanied by an interpreter. When she explained the situation, she was told she was legally resident in the U.S. Karine has every right to visit her family in Brazil with her son. Her segment of the episode reveals her telling Paul where she had been. This will no doubt cause major drama in an upcoming episode.

As fans know, after this season of 90 Day Fiance: Happily Ever After? was filmed major drama erupted between the couple. This led to both parties taking out restraining orders against the other. Karine told her followers on Instagram that she had problems where the police had to be called to the house. She said she feared for her and her son’s life which ultimately led to her being rescued from an unhealthy environment. As noted by Screen Rant, Paul appears to regret his actions, but it seems unlikely that Karine will go back to him.

Keep up with the drama on 90 Day Fiance: Happily Ever After? on TLC on Sundays at 8 pm ET.