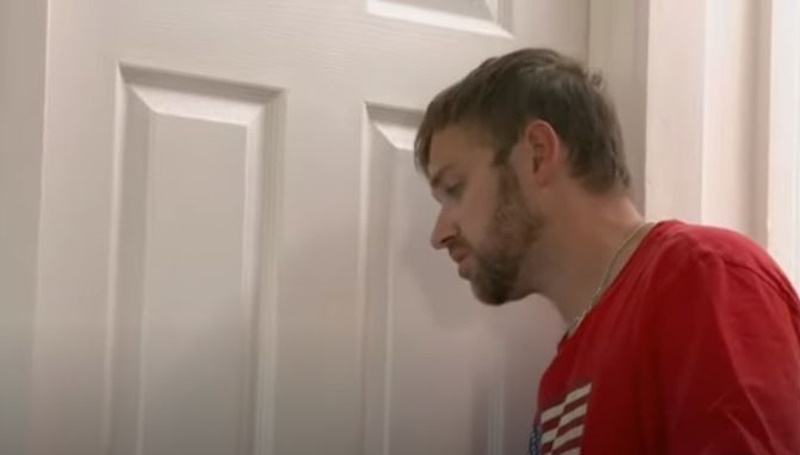 90 Day Fiance couple Paul and Karine Staehle remain estranged after their massive fight last month. They fight for custody of their son Pierre, and the incoming baby. At the moment, they both have restraining orders against each other. Karine’s in the USA, but Paul went off to Brazil. He said that he fixes up the home there for Karine and the kids.

90 Day Fiance – Paul’s in Brazil, claims he never ran away

Fans of the TLC show know that Paul runs away from his problems. Perhaps that’s why he recently told his fans he never ran away this time. He went to Brazil and said that he fixes up the home for Karine and the kids. He claimed someone else fathered that baby-to-be, but now, he seems accepting that it could be his child. And, he wants the best for his kids.

Mind you, he’s not at all certain he’ll ever see his kids again. Paul also noted that his mom’s having some sort of “breakdown” as she might never see Pierre again either. Reality TV World reported that Paul said he wanted to file for full custody of their son Pierre after Karine allegedly cheated on Paul and violated a Child Protective Services case against her. But, he’s not allowed to see Pierre. And, the 90 Day Fiance star fears a long time ahead without his son.

Paul fixes up the home in Brazil to keep himself busy

Paul shared a new update about Brazil over the weekend. The 90dayfiancenews account on Instagram screenshot it and shared it with their followers. Firstly, Paul denied he “chases” after Karine in the country. In fact, he notes that she remains in Indiana. He said that he makes sure the home’s sanitary and fit for the baby. Plus, he said, “I will probably never see my wife and son again. Or see the birth or ever see my unborn child.”

The next court date only comes along “in December.” That’s a long time away. And even then, he fears never seeing the kids ever again. Paul also sounded concerned as his mom takes it very badly. Fans grew tired of Paul and Karine and their drama. But, they feel for the kids.

A recent update from Paul. After he & Karine’s recent separation, he has been in Bazil organizing their home down there while Karine and Pierre are still in the USA. He shares, ”I will probably never see my wife and son again. Or see the birth or ever see my unborn child..” 🙁💔 (📸: @pauljasonstaehle) —————————————— #realitytv #realitytvshow #tv #tvshows #tlc #tlcnetwork #90dayfiance #drama #90dayfiancé #beforethe90days #entertainment #television #90dayfiancetheotherway #show #sundayfunday #tvshow #tvdrama —————————————-

Kids the victims in this crazy relationship

One 90 Day Fiance fan said, “Those poor kids. They are truly the victims here. He has every right to see the children he helped create, despite all the craziness. Karine is not an innocent victim in this whole thing – they BOTH need to get some help and figure something out that everyone can get on board with.”

Will that ever happen? After all, these two people always seem on the verge of a marriage breakdown. Sound off your thoughts in the comments below.