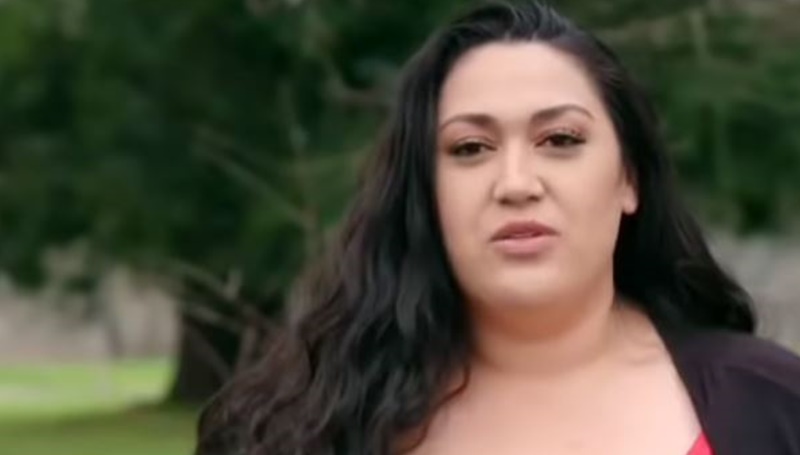 90 Day Fiance fans always thought that Kalani lost her mind when she married Asuelu. The Samoan seems very immature. And now, fans know his family’s rather nasty. In fact, his mom comes over as caring more about money than her grandchildren. After a disastrous clash with his family, Kalani just wants out of the marriage. However, she feels that her two sons keep her with him. Actually she sounds a bit desperate and trapped.

90 Day Fiance – Between Asuelu and his family, Kalani just wants out

In the last few episodes, TLC fans saw that things went way south with Kalani and Asuelu’s family. In fact, they ended up in a huge fight. But, Asuelu did a Paul Staehle and ran off. Then, he showed up the next day acting as though nothing happened. Asuelu feels trapped between his mom’s expectations for money and his wife. Actually, now it looks like Kalani feels pulled between ending the marriage and her sons.

In this week’s episode, Kalani Faagata broke down in tears. Finally, she faced the truth that she doesn’t love Asuelu enough to stay married to him. The 90 Day Fiance: Happily Ever After? star clearly isn’t happy. In fact, she described herself as “emotionally exhausted.” She just wants to get away and go home where she can think things through. She added, “I’m just done. I don’t want to be married anymore.”

Kalani confessed her fears about her marriage

Kalani doesn’t hate Asuelu and claims she still loves him. But, she feels that she and her boys need more loving. Fans already saw her confesses to her mom that she’s not actually sure she “can do this anymore.” She said that she would go to the airport and return home “with or without”Asuelu. She suggested seeing a therapist, but he seems unsure about that.

For Kalani, her marriage never worked out the way she hoped. Looking for a loving relationship, she feels unsupported and very unhappy. It’s not only Asuelu’s family. It seems that he’s just not there for her. Crying, she told the cameras, “Marriage should be about love and supporting each other, and about being happy.” But, she knows that’s not where she is at the moment. The 90 Day Fiance star feels a bit trapped though, as she has two kids.

Trapped because of the boys

While Kalani never used the word “trapped,” clearly she feels that way. She said, “If I was on the outside looking in, I would tell myself to be done. Because I have two sons, I feel like I have to stay.” It certainly sounds like staying with the marriage for the kids is uppermost on her mind. But, that seldom works out. In fact, the tension in the family might actually affect the kids in the long run.

Kalani, you are strong you are beautiful. You got this. I raised 2 sons by myself, it’s not easy but it’s not impossible, now I’m a grandma & really enjoying the fruits of my labor, I’ve no doubt you will do the same one day. Kick ass my sister!! #90DayFianceHappilyEverAfter

What do you think about Kalani feeling trapped? Should the 90 Day Fiance star get out of the marriage? Or, should she try and make it work for the kids? Sound off in the comments below.