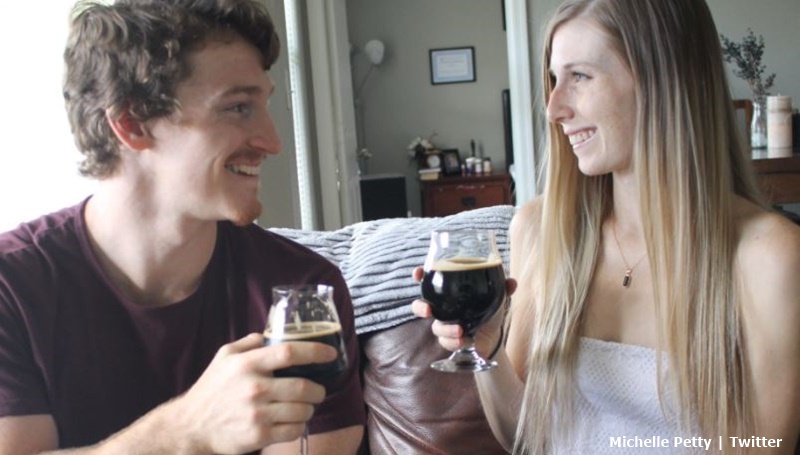 Sister Wives‘ fans don’t hear much from Logan Brown these days. The oldest son of all the kids produced by Kody Brown, he seems very private. However, his fiance, Michelle Petty’s quite active on her social media. In the last few months, she detailed her journey as she donated a kidney to a complete stranger.

Fans don’t know much about what Logan gets up to these days. In fact, it’s been a long time since he last featured on the TLC show. After high school, Logan studied at the University of Nevada. In 2017, he graduated with a degree in Kinesiology and Exercise Science before studying at the university’s business school. Last year, he apparently worked working as a business analyst at the Center for Academic Enrichment & Outreach.

Along the way, the Sister Wives‘ son met and became engaged to Michelle Petty. But fans won’t see their wedding on TLC.  Now, it seems Michelle is a very caring person. The Entertainment Chronicle reported that Michelle donated a kidney “to a complete stranger.” On her Twitter account, she shared about the surgery and the months she took with her own recovery.

Following the story of Michelle’s kidney donation, she reveals it’s quite a debilitating procedure. Michelle recommends people interested in donating a kidney contact Kidney org. She shared on June 30, that she just spent her “last day as a two-kidney person.” Then, on July 2, she shared a photo of herself looking very dopey post-surgery.

Sounding very pleased, she wrote, “Surgeon said I have a beautiful kidney and it is on it’s way to the recipient at UCLA. I am so appreciative of the kind words and well wishes that you all have taken the time to send.” Many Sister Wives followers congratulated her. One of them noted, “Beautiful kidney from a beautiful girl. You have done an amazing thing to put yourself through surgery for someone else. What a gift, I hope you feel better soon.”

Surgeon said I have a beautiful kidney and it is on it’s way to the recipient at UCLA🎉 I am so appreciative of the kind words and well wishes that you all have taken the time to send❤️ pic.twitter.com/wxQLoASVz2

Since then, Michelle Petty revealed it took a long time to recover. She shared about her first walk five days after the procedure and shared she felt some pain. About ten days after her surgery, she tried her first “cardio workout.” Then, on the 11th day, she shared, “Other than incision soreness, loss of appetite is the only side effect I’m still dealing with.”

But, the future Sister Wives‘ daughter-in-law revealed much more recovery time to come. On July 25, she shared that she went for her “first run.” A month after the surgery, Michelle noted, “Today marks one month! Have been feeling 100% back to normal for a bit. I’m running and doing cardio every day but still on lifting restriction for 2 more weeks. Incisions are healed & heading back to work on Monday.”

In her various posts, Michelle mentioned that her remaining kidney grew. It’s now bigger by about 30 percent. She noted, “Also, fun fact: my remaining kidney has now grown approximately 30% bigger to compensate for its missing counterpart!”

By Mid-August, she reported herself as “fully healed.” What do you think about Michelle’s unselfish gesture? It seems that Logan Brown from Sister Wives ended up with a special human being. Sound off in the comments below.

‘MBFFL’ Fans STUNNED By Whitney’s New Man, Accuse Her Of ‘Hiring’ Boyfriends
Nanny Faye Says ‘Free Britney’ And Fans Are Here For It
Lisa Rinna Sued For Copyright Infringement: What Did She Steal?
Duggar Family STUCK Under TLC’s Thumb, Trapped By ‘Counting On’ Contract
‘B&B’ Spoilers: Steffy And Brooke Battling Over Forrester Again?