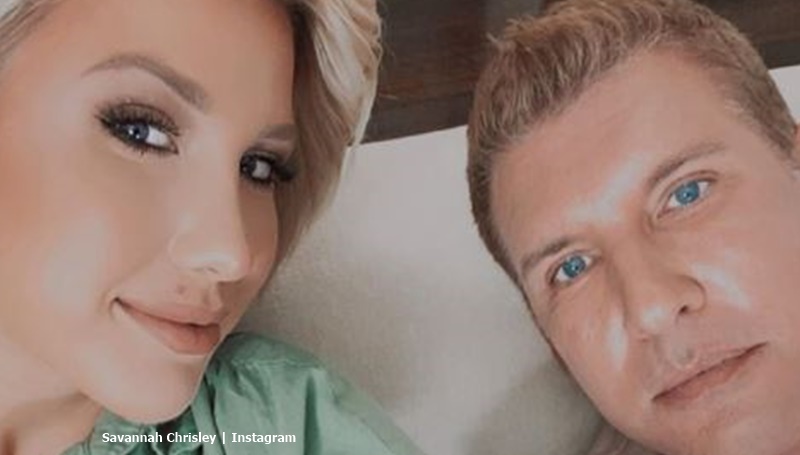 Savannah Chrisley, despite her lifestyle to die for, knows that the important things in life are priceless. Fans might forget that her dad Todd came from a non-wealthy background. But, it seems he never forgot that when he raised his kids.

Savannah Chrisley gets philosophical about life

For ordinary people watching Growing Up Chrisley, Savannah seems to have everything handed on a plate. Her dad’s loaded. Plus, she dates Nic Kerdiles, also not shy of a penny. Fans see her vacationing in superb places. Or, they see her dressed to kill with immaculate makeup. Stunningly beautiful, you might think that Savannah takes it all for granted.

However, it seems that she knows certain things in life count for much more than money. This weekend, she took to her Instagram Stories and shared a slide. An old fashioned scene revealed a grandma in a kitchen with some little kids. It looked circa 1950s. The writing on the slide said, “A rich life has nothing to do with money.” 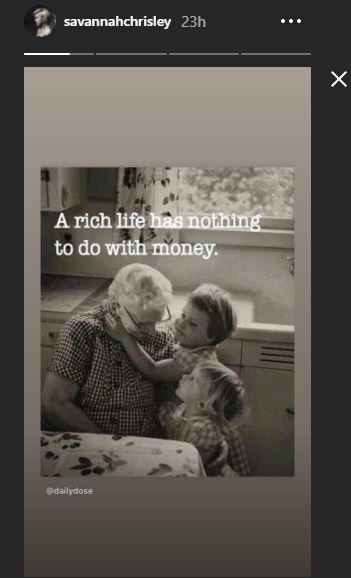 Savannah possibly relates to those little kids with grandma

A second slide showed an old throwback photo of herself. As a cute little girl, she revealed her haircut. And, Todd the hairdresser tended to her long blond hair. She said that her dad “was responsible for all the hairdos.” It seems that Todd cared about being a hands-on dad. Plus, it reveals his thrifty side.

The USA Network star’s a hardworking man, and through his show, Todd tries instilling those values in his kids as well. And, while Julie Chrisley looks beautifully made up as well, she didn’t get born in a bank vault. In fact, when Todd and Julie first met, she lived in a trailer. And of course, Nanny Faye, Todd’s mom also keeps Savannah Chrisley grounded. 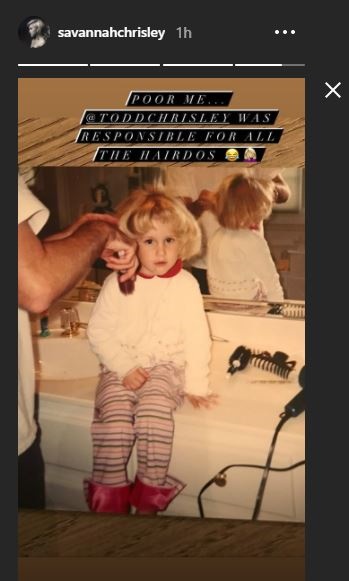 While everyone thinks of Todd as wealthy, at one stage he struggled with finances. But, he clawed his way out of that through very hard work. So, it seems he takes nothing for granted. And, that’s possibly why fans see him so involved in the lives of his kids. Some people see him as too controlling. But then, if he didn’t get involved, people would troll on him for that as well.

Judging by the two Instagram Stories that Savannah Chrisley shared, he taught his kids about the value of family. She believes now that “a rich life has nothing to do with money.” Family values, family connections, and special memories count for so much more. 2020’s been a terrible year, but many people speak about how they grew to appreciate those family values during the coronavirus.

What do you think about the things that Todd taught Savannah Chrisley as a young girl? Do you believe that a rich life doesn’t need money to make it attainable? Sound off your thoughts in the comments below.