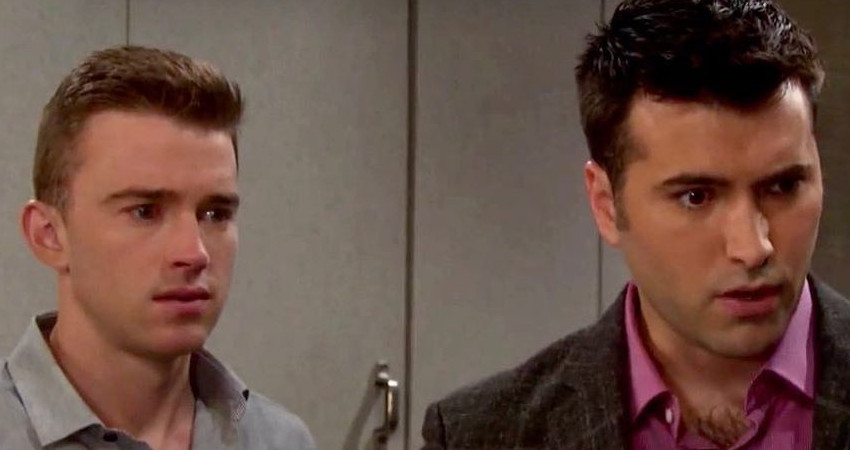 Days of Our Lives fans are getting dizzy from the show’s revolving door the last few months. The soap has seen several characters leave for a few months only to return. In some cases, the character “dies.” Returning from the dead is a well-known soap opera trope. For the most part, it is tolerated by fans because it means their favorite actors are back.

DOOL fans are fed up with the lazy “back-from-the-dead” storylines in Salem. Additionally, many of the actors are choosing to leave amid contract negotiations.

Kristian Alfonso is a soap opera treasure. The actress has played Hope Brady on DOOL for 37 years! However, she recently announced that she was leaving the show later this year. When production resumes this week, she won’t be one of the stars returning.

Shortly after her shocking announcement, she let fans know the real reason for her departure. Reportedly, the show’s head honcho was planning on sending Hope out of town for up to six months. The actress didn’t like this idea, so she bit the bullet and chose to leave instead.

She did say that she had been considering leaving for a while, but the latest blow was the push she needed.

Online rumors have speculated for months that Galen Gerig (Rafe) and Camila Banus (Gabi) were leaving, too. It turns out the rumors were half correct. While both characters did leave Salem last week, they will return in the fall. It seems both actors renewed their contracts with the NBC sudser.

Fans Will See a Rash of DOOL Returns This Fall

DOOL fans have seen a slew of returning characters this year. Shortly after Brandon Barash’s return, Louise Sorel graced our screens as Vivian. However, her return was very brief, as was Kassie DePaiva’s latest stint as Eve.

Later this fall, Heather Lindall returns as Jan Spears. There could be even more returns that will film once DOOL resumes production this week.

DOOL viewers were upset earlier this year to learn that Chandler Massey (Will) and Freddie Smith (Sonny) were both leaving Salem. It seems to be a decision by the show, not the actors. Will and Sonny leave Salem to move to Arizona this week on DOOL.

The characters haven’t even left yet and rumors abound that the actors will return! One fan suggests that the soap consider recasting if one of the actors doesn’t want to return. WilSon is a very popular soap couple with DOOL fans. However, it seems that the writers don’t know what to do with them.

If Chandler doesn't return and they recast instead, I want Will to get a personality transplant. Revert him back to the dick pig he was when played by Guy Wilson, but this time with an actor who can actually act and not just make constipated faces. #Days

Alison Sweeney Has Her Own Revolving Door at DOOL

Alison Sweeney is a DOOL staple. The actress played Sami Brady for over 20 years before she left the show in 2014. She made her way back to Salem in 2017 for short appearances. Sami returned again this summer, only to find out that her daughter, Allie was pregnant.

Days of Our Lives recently announced that the actress will be on-screen for a while longer. She will continue on the soap through at least 2021. While fans are happy to see Sami in Salem, they wish the actress would make up her mind. Is she coming or is she going?

Furthermore, fans would like the soap to stop firing actors only to bring them back a few months later. The constant revolving door is giving fans whiplash.

Do you think DOOL is being a bit ridiculous with the revolving door? Tell us in the comments down below.

Days of Our Lives airs weekdays on NBC. Follow us on social media for the latest news on your favorite shows!