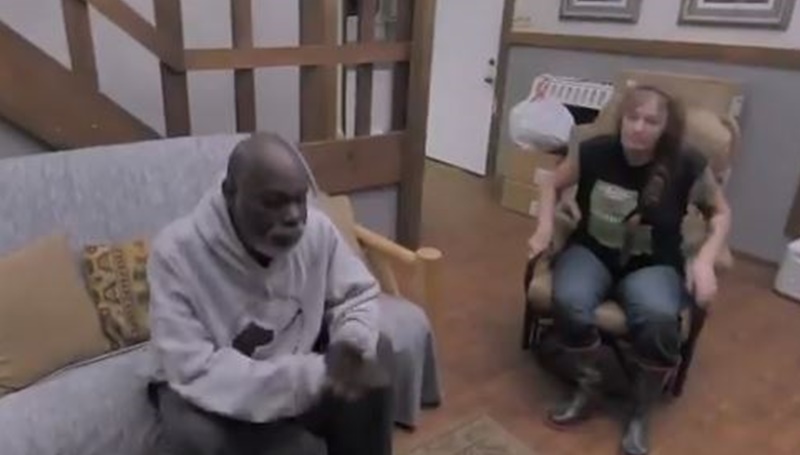 Pit Bulls & Parolees aired the episode about Earl and his drug addiction issues this weekend. Animal Planet fans couldn’t help but feel moved by Tia Torres who rushed to help him after his arrest. In fact, to some fans, it revealed the most heartfelt side of human kindness.

Pit Bulls & Parolees – it’s not only animals that need rescuing

We reported that fans could expect to see “Earl, Villalobos’ favorite parolee…arrested for driving with controlled substances and an open container while speeding.” Instead of utter horror and anger, Tia reached out to help Earl in a very loving way. Fans know that Earl’s one of Tia’s favorite employees at the Villalobos Rescue Center. So, potentially, she could have felt very let down and upset by him.

Instead of taking very harsh disciplinary action with him, she reached out and showed she cared. Actually, Earl’s like family and everyone makes mistakes. Plus, if you recall, Earl grew up in New Orleans in a single-parent home By the age f 17, he ended up inside for armed robbery. But, Tia loved that he just “owned” his mistakes.  So, him getting addicted to his pain meds needed intervention and she stepped right up for him on Pit Bulls & Parolees.

Fans think Tia did a wonderful thing for Earl

On Twitter, fans reacted to the way Tia stepped up for Earl. In fact, the only criticism came from the fact he still gets described as an ex-parolee. One fan said, “@AnimalPlanet is there any chance you could change the banner for Earl on #PitBullsandParolees to just “Earl” from “Earl – Ex parolee”? That guy has been on the show from the beginning. He shouldn’t have to continually overcome his past with that label.”

That’s a very good point. But, obviously, Earl deals with some issues. Tia seems determined to keep him as an ex-parolee rather than see him inside a jail. As one Pit Bulls & Parolees fan pointed out, “LHM! Ohhh Earl, I’m Praying for you. Addiction IS a disease of the Mind, i have it; but putting it out there & regular counsel thru it is how to let it go. Tia is Awesome! We thank GOD for her & All who support you. I do.”

It's a conversation we never thought Tia and Earl would have. See what unfolds when #PitBullsandParolees airs this Saturday at 9pm ET. pic.twitter.com/UnfWrSNy6T

The dogs don’t go neglected in the episode

Meaww pointed out that while dealing with Earl, business goes on as usual. This time, it involved Parolee Spencer. He and Maria went off and rescued the dog, Jan. Poor Jan got left on a “construction site” tied up to a “cable wire.” Dislocating her hip meant she suffered a lot of pain. Luckily, Dr. Samantha fixed up the dog, and Spencer was there to comfort her. But, he found it so hard to let her go.

Seeing the softer side of him emerge also made for a very heartfelt episode. What did you think of Tia stepping up for Earl and helping him? Did you feel moved by that? Sound off your thoughts in the comments below.