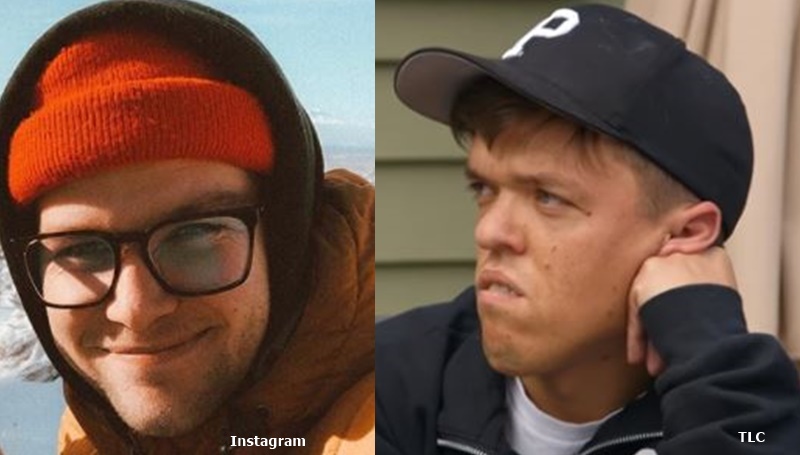 LPBW fans speculated that in time, Zach and Jeremy Roloff might take over the farm from Matt and Amy. Jeremy moved on from the Little People, Big World show. Meanwhile, Zach stayed with the show and he helped his dad run the farm. At one stage, Jeremy said that Zach understands why he left the show. But did something come up? Do the twin brothers have some sort of problem with each other?

LPBW fans wonder what’s up with Zach and Jeremy

If something went wrong between the brothers, could it relate to them possibly taking over the farm from Matt? They hardly ever share pictures of themselves out enjoying each other’s company these days. After all, Jeremy went off with Audrey and seemed totally disinterested in the farm. Meanwhile, Zach put his back into it and worked there all the time.

But, Jeremy popped up and told his fans he suddenly had a heart’s desire to go farming. Hollywood Gossip reported that he visited a ranch and that prompted the sudden urge. He shared on Instagram, “this trip…watching Ember play definitely reawakened us to a yearning & burning we have for land…It feels like time to make decisions and a game plan.” If he really buys into the farm, maybe that miffed LPBW star Zach, who put in all the work.

Did I mention that Ember loved our trip to @fivemarysfarms Haha. If you didn’t know, they have the best meat ever and they ship their meat nationwide! Give it a try you won’t regret it. • There’s something about the farm/ranch life that touches me deep down. I love it. This trip and watching Ember play definitely reawakened us to a yearning & burning we have for land. We’ve always wanted property, but it obviously takes more than want to achieve something. It feels like time to make decisions and a game plan. 💪🏼

Zach and Jeremy seem distanced from each other

Little People, Big World fans chatted about Zach and Jeremy on a post by their mom, Amy. On Saturday, August 29 Amy shared a post about spending time with Jackson and Lilah. One fan asked, “Why are the twin brothers not getting together…heart hurts for them.” While some critics slammed that fan for asking about it, they raised a very good point.

When did you last see Zach and Jeremy out and about together? They used to shared photos of their outings. But, not for a very long time now. And, more than one fan wondered if the two LPBW brothers clashed over politics. One fan suggested, “I read that they have very different political views. I have lost a few long time friends because of their views. It’s sad.” That’s very possible in the USA these days!

When you come back from traveling for a couple of weeks the first thing you want to do is visit the grandkids. First Jackson and Lilah. Had a good time building a fort w/ Jackson and playing w/ Lilah after she woke up. These two always puts a smile on my face and my heart filled w/ love. I’m thankful and blessed. #grandmalove #♥️mygrandkids #allaboutfamily #amyroloffsnextchapter #grandmatime

Maybe Zach and Jeremy clashed about their mom Amy?

Maybe, the problem lies in the fact that Zach seems rather unenthusiastic about Amy marrying Chris? Recall that when Amy told Tori and Zach about her engagement, neither of them looked or sounded thrilled about it. Perhaps that offended Jeremy? But then, there’s another angle. The Hollywood Gossip reported in another article that Audrey and Amy seemed to feud.

Earlier this month, Amy shared about spending time with Ember and Bode. The outlet took this as a sign they maybe healed a feud. Rumors of a feud arose when Audrey celebrated her birthday, Actually, she didn’t invite “a single person from her husband’s side of the family.”

What do you think about all of this? Do the bothers have problems with each other? Or are they all just busy getting on with their own lives? Sound off in the comments below.