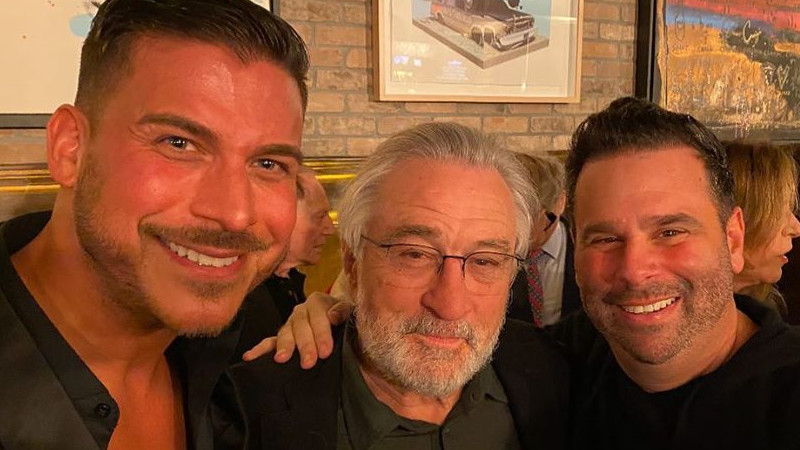 Vanderpump Rules star Jax Taylor has an odd relationship with his fans on social media. He often interacts with them, both positively and negatively. One fan’s recent question got a terse response from the former model.

Bravo fans have a lot of questions about Vanderpump Rules after Season 8. Will the show come back for another season? What’s Pump Rules without Stassi Schroeder? Has Jax repaired this friendship with Tom Sandoval? When are Jax and Brittany Cartwright having a baby?

Fans pester the stars with these questions on social media. It’s gotten to the point where Jax and Brittany disable comments on their Instagram posts. But you can’t disable tweets. A fan on Twitter recently asked Jax about his friendship with Randall Emmett.

As fans saw on Season 8, Jax and Randall have become close pals in recent years. The stars of Pump Rules previously shunned Lala Kent’s significant other, but are more accepting now that Lala and Randall are engaged.

The fan wrote that they read “in the press” that Jax and Randall aren’t friends anymore. Jax replied with a piece of advice:

In a terse response, Jax called the fan out for believing everything they read. He had a “suggestion” for the fan: “Stop reading the tabloids.”

The Pump Rules star also claimed that the press is “bored” right now. As a result, they “make s**t up” to get views.

Jax then shared a screenshot of the exchange on his Instagram Stories. In his IG Stories, he took another potshot with a message directly for the press. He wrote, “To all you tabloids, you ain’t fooling anyone but keep trying.”

So, is Jax still friends with Randall? It appears so!

Jax told the fan that the press report they read was wrong. In fact, Jax, Brittany and other Pump Rules stars “just went on vacation” with Lala and Randall. The group went to Lake Mead, Nevada. Jax shared a photo of himself on Randall’s private jet to his Instagram. With comments disabled, of course.

I hope everyone has a great week, it’s gonna be a hot one! 🌞🔥

Additionally, Jax spilled to the fan that he and Brittany are helping Randally plan Lala’s upcoming birthday. The Hard Kill actress will turn the big 3-0 on Wednesday, September 2. Whatever Jax and Brittany are planning will likely end up on Jax’s IG Stories!

Jax and Brittany seem to be catching up their Pump Rules co-stars now that they are back in L.A. after spending weeks in Kentucky.

Tell us in the comments – do you think Jax was wrong to call out the fan for reading tabloids? Follow us on social media for updates on the future of Vanderpump Rules.