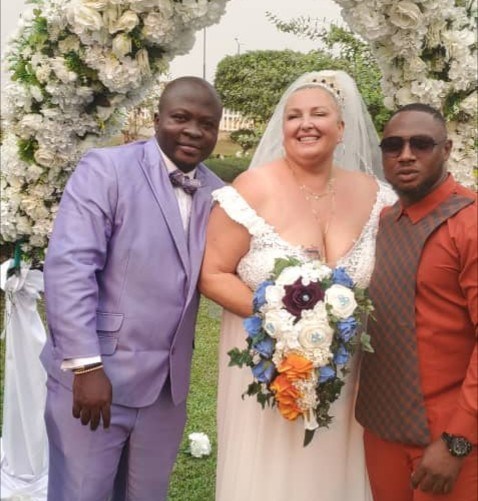 Viewers have watched Angela blow up at Michael in just about every 90 Day Fiance episode featuring the couple. Many have asked if Michael realizes how verbally abusive his soon to be wife, Angela, is to him? Is Angela abusive to Michael?

What’s the meaning of this?

Verbal abuse (also verbal attack or verbal assault) is the act of forcefully criticizing, insulting, or denouncing another person is the definition that you receive. Let’s break this down and try to understand if Angela fits into that stereotypical abuser in this category.

In past episodes of 90 Day Fiance, we’ve seen Angela yelling, insulting, and threatening  Michael more than once stating “She will not be submissive to him.”  She implies that she will not be his slave, no matter what his Nigerian culture demands. Does this happen on every show? Let’s go to the newest episode and see how Angela treats her fiance that she is to marry in two days.

What has Michael done on 90 Day Fiance now?

Previously on 90 Day Fiance, we have seen Angela verbally attack Michael at their shared bachelor/ bachelorette party. His friends surprise Michael by taking him to a gentlemen’s club, How does Angela react to this? Angela goes into the club but warms Michael ”you better keep your eyes on me and not these da*n women” she commented. It seemed as if the party was going well until Michael decided to catch a glimpse of an unnamed dancer. She was in a revealing tank top and short shorts and was dancing at the club.

Angela, instantly realizing this, decides to storm out of the gentleman’s club as she screams profanities and other hurtful words at her soon to be husband. She threatens to cancel the wedding due to Michael’s wandering eyes, exclaiming “I’m done” which she seems to claim in every episode.

Women can be abusers too!

This kind of behavior does not seem to be anything new with Angela. She seems to get mad at Michael often. It always ends in her yelling at him till she calms and Michael has apologized enough to make Angela feel better.

Time for You to decide!

Is Angela verbally abusive to  Michael? She’s quick to use her hateful, abusive words and to show her anger in every episode that is used to downgrade Michael. He always just takes her yelling and is always quick to apologize. This does seem to fit the normal victim mentality. You be the judge.

Don’t miss new episodes of 90 Day Fiance when they air on TLC. You can see Angela and Michael every Sunday night.