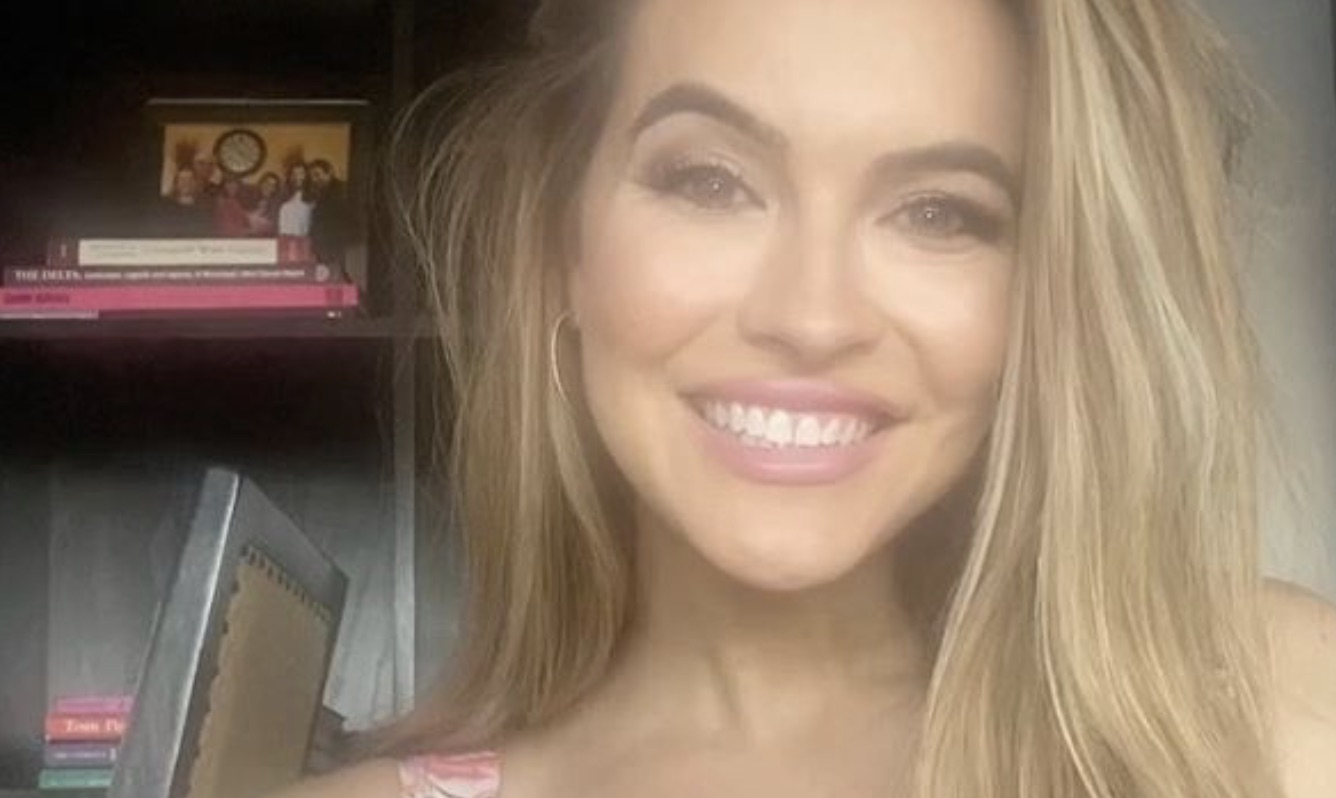 Justin Hartley’s second wife, Chrishell Stause is ready to waltz into the hearts of millions of DWTS fans in Season 29. How do we know that the Selling Sunset fan favorite will be on this upcoming season?

Could Chrishell Stause be headed for the dance floor? According to Just Jared, on Saturday, a masked Stause in a pink sundress was seen walking side-by-side with DWTS pro Gleb Savchenko. They were walking to the DWTS dance studio to practice.

The publication pointed out that this must be Justin Hartley’s second wife. In her hand was Chrishell’s phone case, complete with pop socket.

The masked woman wore sunglasses, but nothing could mask Chrishell’s gorgeous signature hair style and color. Along with some strappy heels, she looked, as she always does, sensational.

On September 2, the competing stars will be announced on ABC’s Good Morning America.

By all accounts, returning to DWTS are judges Len Goodman, Carrie Ann Inaba and Bruno Tonioli. There are some new and familiar faces in the list of professional dancers competing in Season 29.

But, there has been a significant change this season. America’s Nest Top Model host Tyra Banks has replaced Erin Andrews and Tom Bergeron. Fans have been gone to social media, unhappy about this major development.

In a year that had some of the highest of highs and the lowest of lows, DWTS could be a fun opportunity for Chrishell to take her career to the next level. Subsequently, in just over a year, she has lost both of her parents to lung cancer. In between their deaths, Justin Hartley filed for divorce. This was a surprise. Stause and the This Is Us star were the golden couple.

Their split has continued to fascinate fans. Fans have binged Selling Sunset Season 3. They want to know what happened. Now, they just love the former Days star. In the past few weeks, she hit a million Instagram followers. Now, she has over 1.5 million followers.

Could an appearance on Dancing With The Stars help further jumpstart her career?

What Other Stars Will Appear On DWTS Season 29?

Meanwhile, what other stars will be dazzling the dance floor in Season 29? The Bachelorette alum Kaitlyn Bristowe will appear on the new season of DWTS. There is another big name. Backstreet Boy AJ McLean will also be competing in Season 29.

Former NFL star Vernon Davis will be competing, as well as actress Anne Heche. Lastly, Hallmark star Jesse Metcalfe will be competing. The Desperate Housewives alum currently stars in Chesapeake Shores, and in an upcoming Countdown to Christmas 2020 movie. The athletic actor already does his own stunts in A Martha Vineyard Mystery series. Subsequently, Jesse can dodge the bad guys, but, can he dance?

Dancing With The Stars Season 29 will premiere on September 14, on ABC.