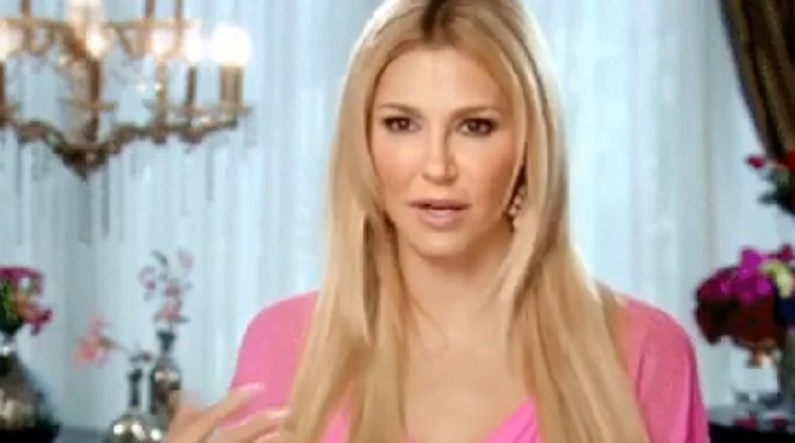 Brandi Glanville may regret returning to The Real Housewives of Beverly Hills. She slammed both Bravo and her co-stars for using her for TV ratings. Despite not being a full-time Housewife, Brandi was the center of Season 10’s storyline.

Brandi alleged that she had an affair with Denise Richards. She first shared the details with Kyle Richards and Teddi Mellencamp. She also revealed that Denise talked about them behind their backs. Of course, Kyle and Teddi wanted to get to the bottom of it and dragged Lisa Rinna in the middle of it.

Now, Rinna and Denise’s 20-year friendship is down the drain. And Brandi is having second thoughts about being on the show.

Brandi Glanville accuses Bravo of using her for a storyline

She previously left The Real Housewives of Beverly Hills in 2015 after four years on the show. She made her big return as she made amends with Kyle Richards. Now, Brandi Glanville revealed on Celeb Chat that she feels that the network was only using her for a storyline. She accused her RHOBH co-stars of doing the same. Despite what the viewers think, Brandi doesn’t earn anything for being a “friend of the Housewives.”

“I’m just really frustrated at this point,” Brandi said. “I enjoy doing things with the other women but I feel like the carrot has been dangled for so many years. They call me back for a couple of things. I make no money and then they use me the whole season for their PR.”

The good old days..now he high fives everyone but me!

Rumors swirled that Brandi would return as a full-time cast member in Season 11. But she quickly squashed those rumors earlier this week. In her latest interview, Brandi slammed the cast of RHOBH for not being as real as the other shows within the franchise. She shared that most of the scenes fabricated, especially when they drink.

“[RHOA] and [RHONY are] so real because they’re actually drinking and they’re actually going through s*** and going to jail, fighting with cops,” Brandi explained. “I feel like [the cast of RHOBH] is like, ‘I’m going to pretend to drink alcohol and have my hair and makeup done for $100,000. It’s a middle-aged fashion show where everyone is so regimented.”

Brandi was shocked to receive “cease and desists left and right.” She thought she was on the show to share what happened. The outspoken reality star accused the RHOBH co-stars of being “afraid of the truth.” Like most fans, she wishes they would show their lives more.

Did she alter her texts with Denise Richards?

Brandi Glanville previously denied that she altered her text message exchange with Denise Richards. On the latest episode of her Brandi Glanville Unfiltered podcast, she discussed the Season 10 finale. Viewers thought Brandi used an app to change the texts.

Even Denise thinks that Brandi altered their text message exchange. Brandi shared the details with her producer, Ryan Tillotson. “You know me, I can barely use — my friend Michael was like, ‘I’m gonna have to go and defend you. You can even barely use your iPhone.'”

On the latest episode of #Unfiltered I’m sitting down with my new best friends @daisyfuentes and @therichardmarx to chat about their new show #TequilaTalk Tune in to get all the details! After our chat, Ryan and I also get into the nitty gritty and discuss the final episode of #RHOBH 👀 • You can find our #unfiltered podcast at @strawhutmedia on @applepodcasts @spotify or wherever you get your pods! • Don’t forget to rate, review, download & subscribe! ❤️

On Wednesday’s episode of the reality show, Denise claimed that Brandi must have altered some of their text messages. She was referring to the previous episode when Brandi showed her phone at Teddi Mellencamp’s baby shower. She passed it around the table as “proof” of her relationship with Denise.

“There is an app that can revise text messages, so whatever Brandi has, I don’t even care,” Denise said during her confessional.

While Brandi insists that the pair slept together, Denise continues to deny the allegations. What are your thoughts? Do you think Brandi will return to The Real Housewives of Beverly Hills next season? Sound off below in the comments section.