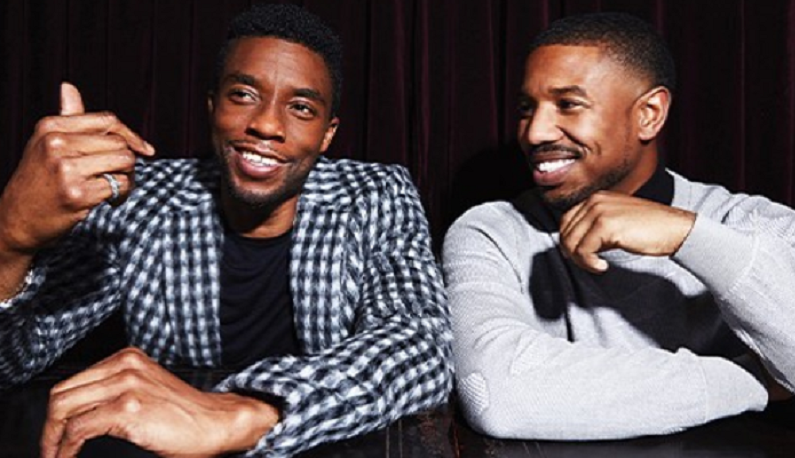 Actor Chadwick Boseman passed away on Friday, August 28 at the age of 43. The Black Panther star passed away after a private battle with colon cancer. His friend, Michael B. Jordan, revealed his connection to the actor. The duo goes back to the ABC soap opera, All My Children.

They both played the character of Reggie Porter, at different times. Boseman was the first to play the role of the troubled teen. However, he was fired after he spoke to the producers about his concerns over the character. Reggie was a gang member, who Bosman felt portrayed a negative racial stereotype.

Michael B. Jordan and Chadwick Boseman were close friends

As per People, The Wire star shared a special bond with Chadwick Boseman. The two men go back. Long before they appeared on Black Panther, they both played the role of Reggie Porter on the daytime soap. Boseman had concerns about the character, which led to his firing.

“When I got it, I was like, ‘This was not part of my manifesto,'” Boseman explained in a joint interview with Michael B. Jordan in the January 2019 of The Wrap’s special Oscars issue. “This is not part of what I want to do.'”

Boseman wanted to make changes to the character. He hoped that the producers would take his input. While he admits that producers took “some” of his suggestions, they then replaced him with Jordan, who was 16. Meanwhile, Boseman was 26 at the time.

Jordan didn’t realize how much Boseman had in the change of the role. He went on to play Reggie for three years.

“I’m younger than Chad, and I was coming into All My Children fresh off The Wire — wide open, still learning,” Jordan remarked. “I was playing this role not knowing that a lot of the things I was going through were because of what he’d already done for me.”

So, Jordan wanted to honor Boseman in a big way. He hoped to make him proud. Both Boseman and Jordan played an iconic character who is forever cemented in the history of All My Children.

Michael B. Jordan and Chadwick Boseman remained friends for many years. They also worked on the first ever Black superhero movie, Black Panther. Both men wanted their work to inspire “the next group of actors” that are inspired by their work.

In a 2019 post to Jordan, Boseman wrote, “What a journey it’s been. Happy birthday, brother.” Boseman passed away four years after his diagnosis in 2016. His family announced his passing in a statement on his social media accounts.

It is with immeasurable grief that we confirm the passing of Chadwick Boseman.⁣ ⁣ Chadwick was diagnosed with stage III colon cancer in 2016, and battled with it these last 4 years as it progressed to stage IV. ⁣ ⁣ A true fighter, Chadwick persevered through it all, and brought you many of the films you have come to love so much. From Marshall to Da 5 Bloods, August Wilson’s Ma Rainey’s Black Bottom and several more, all were filmed during and between countless surgeries and chemotherapy. ⁣ ⁣ It was the honor of his career to bring King T’Challa to life in Black Panther. ⁣ ⁣ He died in his home, with his wife and family by his side. ⁣ ⁣ The family thanks you for your love and prayers, and asks that you continue to respect their privacy during this difficult time. ⁣ ⁣ Photo Credit: @samjonespictures

Boseman is best known for his role as the superhero, T’Challa in the Marvel film. But he also worked in other iconic films, such as August Wilson’s Ma Rainey’s Black Bottom, Spike Lee’s Da 5 Bloods, Marshall, among others. Jordan has yet to break his silence on his friend’s death.