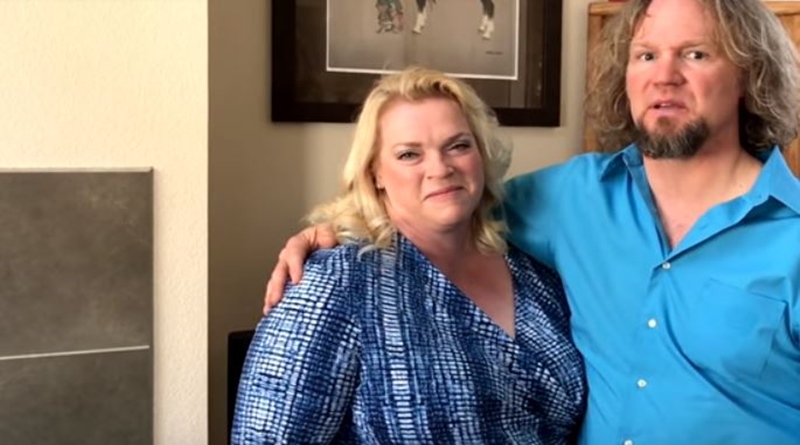 Sister Wives grandma Janelle Brown visited Maddie, Caleb, and her other grandchildren recently. She celebrated baby Evie’s first birthday. Plus, she stayed around helping out after Evie went for her first surgery. Now, she’s back home in Flagstaff, and she sounds a bit down.

Sister Wives – Janelle sounds a bit emotional about her grandchildren

Fans of the TLC star know that she loves her kids and grandchildren. The mom of six always enjoyed the large family of children. But now, she sounds a bit heartbroken. While she visited Maddie in North Carolina, she sounded upbeat and happy. Of course, Janelle being Janelle, she simply couldn’t resist a visit to the Farmers Market. But, all good things end, so back she went to Flagstaff.

Sounding rather emotional, Janelle talked about how the kids grew up and scattered all over the place. Bear in mind, that she and Kody Brown produced six of their own children. These include her rather private son Logan, now 26. Then there’s Maddie, the mom of the Sister Wives‘ grandchildren. Hunter, aged 23 went off to the Airforce Academy and now studies at John Hopkins. Robert left home as well.

Only Gabrielle and Savannah in Flagstaff

Gabrielle worked very hard at school so he could get to college early. Meaww reported that he hopes to attend NAU. So, he remains in Flagstaff, as does his little sister Savannah. But, those kids and grandchildren who live away from home get sorely missed by Janelle. She shared her heartbreak about it on Saturday.

Taking to her Instagram, Janelle wrote, “Home again. Already missing these guys like crazy.” Feeling sad, the Sister Wives grandma added, “I’m discovering that have adult children and grandkids means that little pieces of your heart start to scatter – sometimes across the country.”

Emotional, Janelle shared an anecdote about her grandchildren

She told her fans that the photo she shared got taken “a few days ago.” Both of her “grand babies” went through an “emotional day.” She related, “@madison_rose11 had to put everything on hold and just sit with them. I remember those days! Axel is quite proud of the two Vit C gummies he was given and wouldn’t give me a clean smile 😀.”

Sympathetic Sister Wives fans know how she feels. One of them commented, “Yes I totally agree…I’ve been in that situation for many years…grandchildren get bigger but still difficult.
You are fortunate to be able to visit often 😊👶🏼.” Plus, she still has other kids around her who belong to Robyn and Christine.

Home again. Already missing these guys like crazy. Im discovering that have adult children and grandkids means that little pieces of your heart start to scatter – sometimes across the country. This picture was a couple of days ago. Both grand babies were having emotional days and @madison_rose11 had to put everything on hold and just sit with them. I remember those days! Axel is quite proud of the two Vit C gummies he was given and wouldn’t give me a clean smile 😀.

Perhaps Janelle starts fearing the day Savannah and Gabe leave home as well. Empty nest syndrome possibly looms in a few years. Can you relate? Sound off in the comments below.