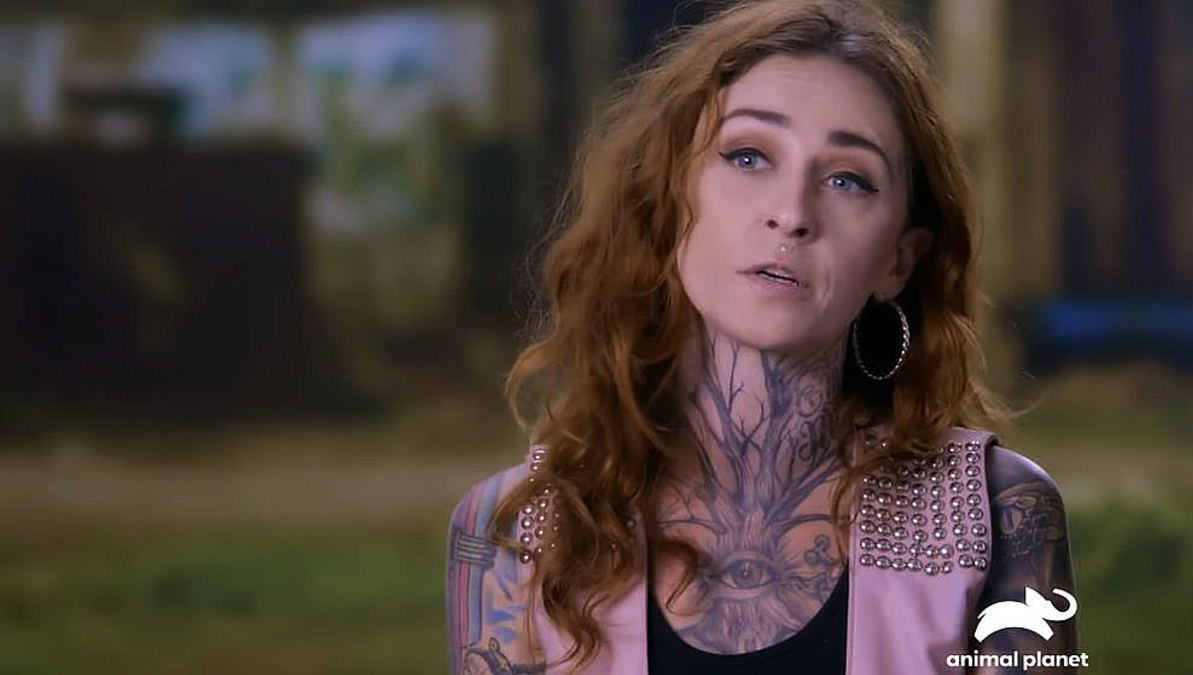 On tonight’s Pit Bulls & Parolees, Villalobos’ favorite parolee is in trouble again and a dog is rescued after being left tethered to a cable at an abandoned home under construction.

There’s a lot of work cut out for Villalobos Rescue Center (VRC) as a dog is saved by a tip called in to the center.

Mariah and Spencer head out and investigate the lead.  Upon arrival they find a pit bull tied to a cable and secured with bricks left behind at an abandoned home that looks to be a construction site now.  The workers tell them the dog appeared mysteriously and they have no other information.

Also on the episode, another TV Shows Ace exclusive preview as Earl is busted speeding with an open container and prescription meds, and Tia Torres has to help him get back to the center.

This episode is designed to tug some heartstrings for sure, as the poor dog is left abandoned without food or water and Earl’s issues are steeped in a lot of emotions as well.

Mariah and Spencer set out to investigate a lead called into the center.

She says: I’ve been in some bad situations with rescues with the people that own properties. Some of them are not nice and they don’t care about animals.”

The owners of the abandoned site do not allow the cameras to film in the back where the dog is tied up. We hear Mariah say to some workers: “Hey I’m from Villalobos Rescue Center…I came here to try and help with the dog.”

In a separate interview, Mariah explains further: “I got a call about it, we didn’t have permission to film back there so I’m hoping that whoever is on this property will work with us and that everything will go well.”

Upon examination of the dog who appears friendly, she observes it has injuries.  Mariah says: “He needs to go straight to the vet.”

Once she got back there, the first thing Mariah noticed was that the dog, a female, couldn’t really stand and that she had a cable wire tied around a heavy
brick that was underneath the house.  The dog’s back legs were visibly damaged.

Mariah asked the men who were working on the house about the dog but they had no answers and were surprised there was a dog under the house. One worker heard barking which tipped off that an abandoned animal was left on the property.

Mariah makes a promise to the dog that it will get better for her, and instinctively the dog is compliant and goes along with them.

Villalobos’ favorite parolee Earl gets arrested, leaving his future at the rescue uncertain.

A couple comes to Villalobos hoping to find a friend for their bulldog.

And as you see below in ur exclusive clip, Mariah and Spencer work to rescue the female pit left abandoned.

Post hurricane Laura, if you can help, donate to VRC and help Mariah, Tia and the Villalobos family save unwanted dogs!