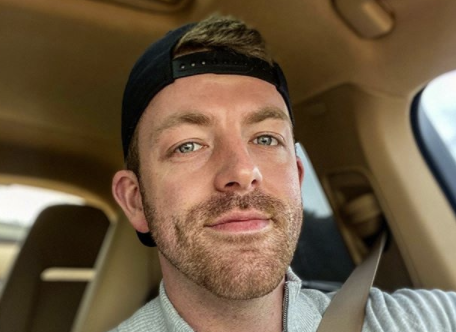 Netflix series Love Is Blind and Too Hot To Handle were wildly popular at the beginning of the Coronavirus pandemic. Both shows focus on different aspects of dating and all the things that can go wrong. Francesca Farago of Too Hot To Handle famously dated her co-star, Harry Jowsey, until things went down in flames. Since then, she’s been linked to several other reality television stars. Some fans even speculate she may be dating Love Is Blind‘s Damian Powers.

However, Powers denied these claims and even told ET there is nothing between them.

“Over the past week, I have been in L.A. with my attorney, Alex Ion, pursuing new projects and business ventures. Francesca and I both share the same attorney,” said Powers. “Alex arranged for both Francesca and I to meet with him for dinner at the Eveleigh in West Hollywood along with some of our other friends, including Mitchell Crawford and Raiane Macedo.”

So Why Do Fans Think Damian Powers and Francesca Are Dating?

This does make sense. After all, Powers told ET earlier this year he was still romantically involved with his co-star, Giannina Gibelli. He also confirmed he just helped Gibelli move. Just a few weeks ago, she posted a sweet photo of the couple enjoying time at the beach on her Instagram page.

doing life with you 💛☀️

“We’ve gone on adventures together around the Southeast to beaches and local escapes to strengthen our relationship and find ways to feed our souls in a world that has flipped upside down,” Powers said about his relationship with Gibelli. “Long car rides are our favorite.”

Although Damian Powers and Giannina Gibelli had their fair share of drama on the show, they seem pretty happy these days.

What About Love Is Blind Season 2?

Back in the spring, fans learned Love Is Blind started looking for the next cast. However, that was in the early days of the pandemic, so no one is sure how production is coming along. The show’s official Twitter account has been silent since March.

Hopefully, fans will get a second season. Until then, we will all have to hang tight. Keep following TV Shows Ace on Facebook and Twitter. We’re here to fill you in on all the latest television and entertainment news.