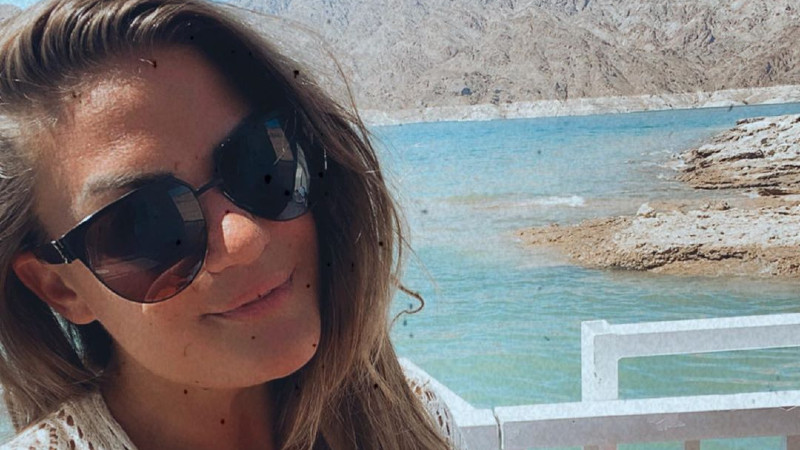 Ever since Vanderpump Rules star Stassi Schroeder announced her pregnancy, fans have been on baby watch. They intensely scan the photos of Stassi’s former co-stars for signs of a baby bump. Brittany Cartwright is the focus of much of the pregnancy speculation.

Several of the Pump Rules couples are eager to start their families. Brittany and Lala Kent are even using apps to track their ovulation schedules. Sadly, Scheana Shay recently suffered a devastating miscarriage. She is holding off on trying to have a new baby while she grieves for the baby she lost.

It seems that Brittany Cartwright is fed up with the speculation about her body.

Brittany was the target of pregnancy rumors earlier this month. The Kentucky native reunited with some of her Pump Rules co-stars for a trip to Lake Mead, Nevada. The trip was courtesy of Randall Emmett and his private jet. Stassi Schroeder, Beau Clark, Katie Maloney and Tom Schwartz joined the group. Jax Taylor and Lala Kent joined their significant others, of course.

The group spent time on Randall’s houseboat. Brittany shared a photo from the boat. Despite only seeing her from the chest up, fans thought she had a “pregnancy glow.” An unflattering photo of Brittany circulated on social media earlier this month that sparked pregnancy rumors as well.

However, Brittany firmly shut down those rumors with a post to her Instagram Stories over the weekend. The reality star shared a video of her working out on a treadmill. The video included a roundabout denial of a pregnancy, per Inquisitr.

Brittany wrote that she’s “gained quarantine weight just like everyone else.” In fact, she has been posting a lot of videos and selfies from the gym in the last few weeks. It seems she’s working hard to get her body back to her pre-wedding shape.

Pump Rules Star Encourages Women to ‘Support Each Other’

Brittany often posts to her Instagram Stories so that fans can’t comment on her posts. Along with Jax, she has faced a lot of backlash from fans since Stassi Schroeder’s firing. Fans feel that Jax – and Brittany by extension – deserve to be fired, too.

Despite the backlash, Brittany has an uplifting message for fans. Alongside her quip about quarantine weight, she encourages kindness. She wrote, “Let’s support each other instead of tearing each other down.”

While fans are calling for her firing, Brittany is living her best life. She recently returned to L.A. after spending weeks in Kentucky. Brittany was in her home state caring for her mom after a stint in the ICU. A bladder surgery went wrong and Brittany’s mother needed help during her recovery.

But now Jax and Brittany are back in L.A. She shared a sweet selfie on her Instagram Stories.

Scroll down to the comments and tell us if you think fans are too harsh on Brittany.

Bravo has yet to announce if Vanderpump Rules will return for a new season. Follow us on social media for all the latest television news!