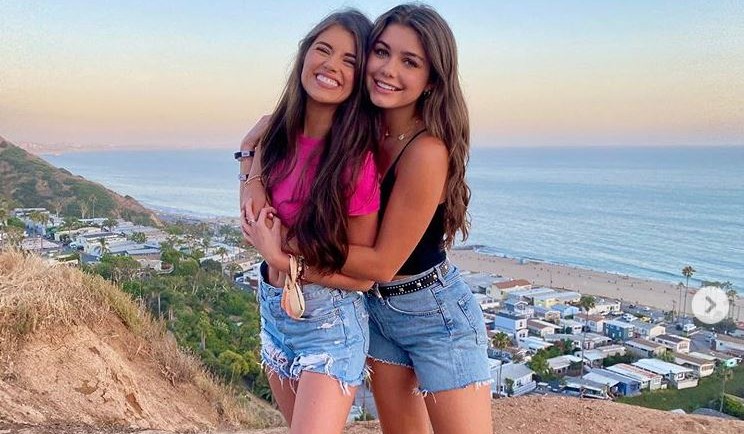 It’s been a fun weekend for Bachelor Peter Weber’s final four ladies. They met up in California to have some fun and reconnect. Victoria Fuller, Madison Prewett, Kelsey Weier and Hannah Ann Sluss are all close following Peter’s season.  So what did they do during their time together?

What did final four Victoria, Kelsey, Madison and Hannah Ann do?

The four ladies first hung out on the beach and at a hotel. The picnic they shared at the beach looked incredible. In fact, there was a chalkboard that said “The Picnic Collective.” No doubt this is probably who catered their elegant lunch. The flowers were beautiful and the cookies looked amazing. There was also a white, frilly umbrella with lights on it.

It looks like Victoria, Kelsey, Madison and Hannah Ann all had a blast. The foursome took multiple photos just during this part of their trip. There was wine, there were friends and there was so much fun.

Following their day at the beach, Victoria Fuller shared a stunning photo on Instagram. She was posing on an outdoor daybed in a sexy black bikini. Her caption made it appear she was looking for an apology. Of course fans immediately thought if she were being serious she’s talking about Chris Soules. Her caption read, “When ur sittin there.. waiting for him to apologize but he don’t know he did something wrong bc u didn’t tell him bc he should know 🙃.”

When ur sittin there.. waiting for him to apologize but he don’t know he did something wrong bc u didn’t tell him bc he should know 🙃

This wasn’t the end of their time together

After Victoria posted her seductive photo on social media, the foursome headed out to a waiting limo. Victoria, Kelsey, Hannah Ann and Madison posed in front of the limo with a bottle of champagne. They announced their next stop was Santa Barbara. Look out, here they come!

From the photos and stories shared on Instagram, fans can see the ladies stayed at the Hotel Californian. They shared stories of their suite and all the fun they were having. After arriving the ladies headed out to a waiting boat. They took more sexy photos, had more wine and did a little swimming. Hannah Ann posed at the wheel wearing a striped bikini and a captain’s hat.

Now that their weekend appears to be over, Hannah Ann is sharing more about the amazing time they had. She posted a picture of herself along with Kelsey, Madison and Victoria. She said, “So excited to celebrate these friendships this weekend. Each of these ladies have brought so much to my life . 💕 Through the twist & turns of how we met has only highlighted the beautiful character of each of these young ladies. I am so grateful to have them in my life!    💋 xo.”

So excited to celebrate these friendships this weekend. Each of these ladies have brought so much to my life . 💕 Through the twist & turns of how we met has only highlighted the beautiful character of each of these young ladies. I am so grateful to have them in my life!    💋 xo

Their history with Peter

For those that may have forgotten how Peter’s final four ended up, here’s a recap. Kelsey Weier went home following her hometown date. The final three were Victoria, Hannah Ann and Madison. Victoria went home next after fantasy suite dates. Madison took herself out of the competition when Peter admitted to being intimate with the other ladies. He proposed to Hannah Ann Sluss, but later broke her heart when he realized he still had feelings for Madison. Obviously Peter and Madison didn’t work out either. Peter is now dating 5th runner-up Kelley Flanagan.

These four ladies have moved on from all that drama and are happy. Right now, Victoria seems to be the only one in a relationship.

Stay tuned for more information on as it becomes available.

‘Counting Cars’ Is Back With More Sin City Restorations, Alice Cooper!
New Photo Has Fans Concerned About Amy Halterman’s Weight Gain
Comic-Con Trailer Offers Peek Into ‘Dexter’ Season 9 Plus Release Date!
Would Michael Allio Accept An Offer To Be ‘The Bachelor’ Next Season?
Courtney Waldrop Rushes Rawlings To Hospital, Leaves In A Cast