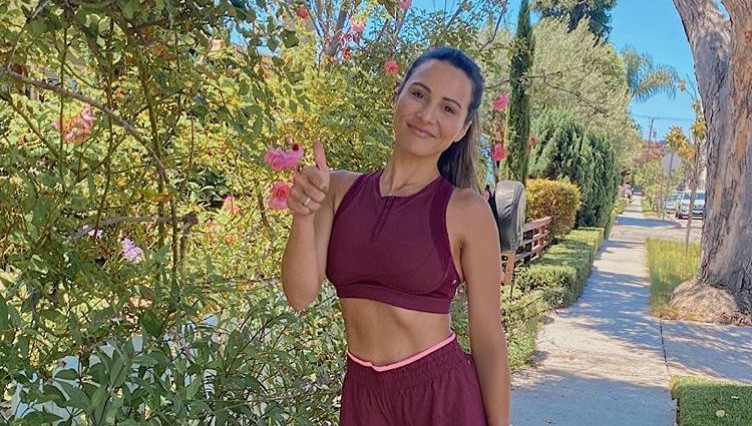 People shared what Andi had to say about Nick. When she first saw Nick, Andi thought he was hot but also kind of a dork. She did really like him though. Andi said, “I liked Nick a lot the very [first night] — like he was well-deserving of that first-impression rose. You have to understand, Nick was not the Nick [he is ] now.” She continued,”Like, he was dorky, he was like, a salesforce guy, he did not know how hot he was.”

Nick won her first impression rose that first night. Andi went on to say, “He had no idea how hot he was, and there was something so innocent and pure about him. Everyone thought Nick was hot, like the producers. Nick just didn’t know how hot he was.”

Needless to say, Nick has gained more confidence and knows he is hot. He has become quite the ladies man and selfie taker since his time on the show. And, he even has a podcast which is becoming very popular. He talks a variety of subject on The Viall Files.

Andi was very attracted to Nick. He even made it to her final two. However, she gave her final rose to Josh Murray. But, that wasn’t the end of Nick’s journey on The Bachelor.

He goes on to try and win Kaitlyn Bristowe’s heart

Nick didn’t stop trying to find love after Andi. He joined Kaitlyn Bristowe’s season of The Bachelorette about five episodes in. Needless to say, Andi was not happy with his decision. Us Weekly shared all about it.

Andi said, “I felt f–king pissed that he went on the show because I thought like, ‘Oh, your feelings were actually genuine for me and here is another girl that I feel like I’m very opposite of and you just are showing that same love.’”

Andi went on to say, I just think when someone does that on two seasons, you’re like, ‘What the … I thought you were into me. How are you so quickly into someone else?’” She continued, “But then you have to remind yourself, like, ‘I didn’t pick him,’ you know? And so it was kind of that battle of being annoyed but also having to understand that like, ‘I let him go. He has every right to do this.”

In the end, Nick wasn’t chosen by Kaitlyn either. He went to join Bachelor in Paradise and then was named the lead for his own season of The Bachelor. He left the show engaged, but ultimately Vanessa wasn’t the one.

Rumors started to fly that perhaps Andi and Nick had rekindled their romance when they were seen together running. Those rumors quickly got shot down. They both say they are just friends.

Andi hasn’t always been on a friendly level with Nick though. She wasn’t happy with him when he announced they had been intimate in the fantasy suite on the After the Final Rose special. But, she got over it and the two are friends now.