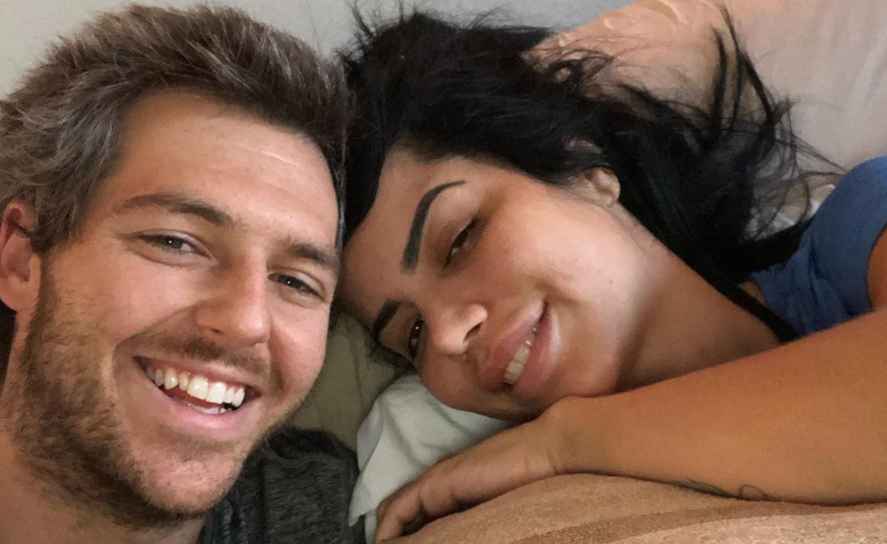 Since Larissa Dos Santos Lima of 90 Day Fiance: Happily Ever After? divorced Colt Johnson, she has made drastic changes. After several plastic surgeries and weight loss, it seems Larissa isn’t happy with her body yet. Moreover, as seen in a clip posted by ET, the Brazilian beauty outlines her planned plastic surgeries to a stunned Eric Nichols.

Fans have noticed a drastic change in Larissa Dos Santos Lima in the current season of 90 Day Fiance: Happily Ever After? Her marriage and divorce from Colt Johnson were stressful. Her marriage led to arrests for domestic violence.  Larissa’s divorce from Colt was marred by the fear of being deported. Larissa now seems to be trying to get over the stress by completely remaking herself. Moreover, she recently made up with her beau, Eric Nichols, much to her friends’ dismay. Since then, it seems Larissa is not yet finished with the plastic surgery.

Larissa originally asked Eric to loan her money to get breast implants and a nose job. He agreed to this, saying he will charge her interest. In fact, it seems Eric lets Larissa have what she wants to make her feel better. In an exclusive sneak peek into Sunday’s episode, Larissa, 33, is lingerie shopping with Eric. She can then be seen standing next to a fashion mannequin. Nichols asks the TLC reality star if she is planning on having more procedures done. Larissa tells him she wants liposuction on her stomach and thighs. She then plans to use the fat from her liposuction to enhance her butt.

Grabbing the mannequin next to her, Larissa says she will only stop when she looks like her. Eric says, “You wanna look like a mannequin,” to which Larissa responds, “Yeah.” Eric turns to the TLC cameras to say he has no idea if Larissa’s plastic surgery needs will ever end. He does say if it “makes her feel happy and confident about herself, that’s cool.” However, he says if Larissa is unhappy. it kind of puts him on edge and irks him a little bit. He asks, “How do we make you happy?”

Larissa tells the camera that she sees her plastic surgery as a fresh start from the drama she faced with her ex-husband and fellow 90 Day Fiance cast member, Colt Johnson. She says, “Larissa before the boob job is Larissa that was insecure, married to Colt, arrested many times.” She continues by saying that finally, after two years she is going to get her boobs done. In fact, Larissa feels very happy that she is going to wake up and everything is going to change.

Keep up with Larissa’s story on 90 Day Fiance: Happily Ever After? on Sundays at 8 pm ET/PT on TLC. Watch the teaser clip from Sunday’s episode on ET’s website.