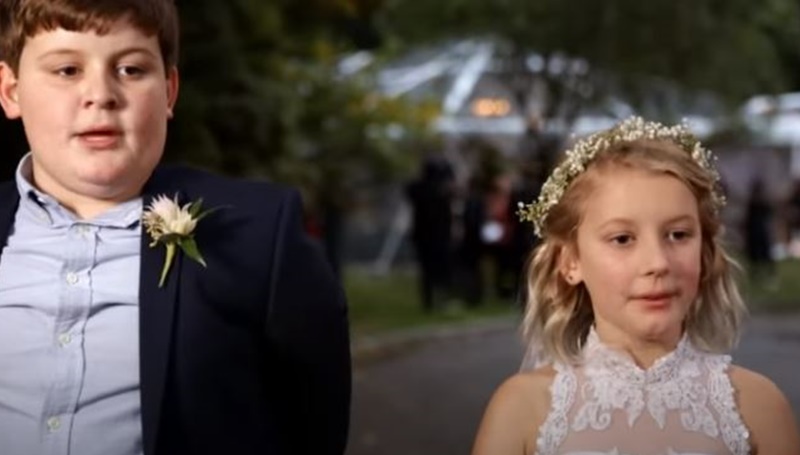 90 Day Fiance fans heard that Michael Jessen’s daughter Cece had a scary moment at the ER in December. Now, she’s in the ER again. This time, she broke her arm and looks a bit worse for wear. Her mom, Sarah shared about it on her Instagram on Friday.

TLC fans adore Cece and her brother Maxwell. Actually, the kids seem very polite and mature for their ages. They also love that Sarah and Juliana Custodio get along so well. Fans think they all set family goals. In December we reported that fans grew very concerned when Cece fell sick with her peanut allergy.

The incident came when Michael Jessen, Juliana, Max, and his daughter Cece traveled to Indiana for the Christmas holidays. Poor Cece gave her dad a huge scare and 90 Day Fiance fans felt terribly worried. In the photos that Michael shared, she looked terribly unwell. However, she recovered and went on with her life. But now, she took a tumble and landed up looking rather sore and exhausted.

Sarah shared about Cece’s accident and her broken arm

It’s not clear where Juliana and Michael stay at the moment. Reality TV World reported that they moved in with Sarah and her new husband during quarantine. But, the news that Cece broke her arm came from her mom. She shared a photo on Instagram that showed Cece all tuckered out. Fast asleep on the couch, she wore her arm in a cast.

The young 90 Day Fiance star lay wrapped in a blanket with the remnants of dinner on the table nearby. Sarah captioned the photo with, “When you take a spill on your scooter and break your arm you get McDonalds for dinner and sleep on the couch.” Awww, poor Cece. Many fans responded to the post.

Fans really like Cece, and they feel rather sorry for her. One of them commented, “Ohhhh, poor little sweetheart. Hope she heals fast.” Another one said, ” 😔😔 McDonald’s makes everything feel better!”

But, life’s full of unwelcome surprises. One follower noted, “Oh no!! So sorry to hear this. A reminder that stupid things can happen in a split second. As if 2020 wasn’t bad enough already! Wishing sweet Cece a speedy recovery. She’s a strong girl and her spirits will be back up soon enough esp with such a special and loving family. Hugs and wags from friends in the UK.”

When you take a spill on your scooter and break your arm you get McDonalds for dinner and sleep on the couch. @the_real_naso @michael_jessen_77 @julianacustodiooo @maxwell.jessen

90 Day Fiance fans from across the world admire Maxwell and Cece and they certainly admire Sarah a lot. She also battles breast cancer at the moment. In July, Micheal shared an update on that. Fans heard the good news that Sarah “recently finished radiation therapy.” And, the “prognosis is very positive.”