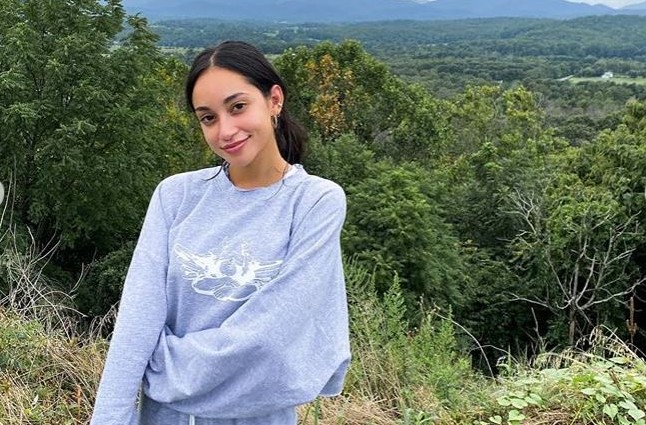 Wowsers! Victoria Fuller shared a racy, sexy photo of herself wearing a black bikini. The photo comes amid her romance with Chris Soules. Fans have not seen these two together since June. Are they still together and what could the caption on her stunning photo mean?

Victoria went to Instagram to share a stunning photo of herself. She is perched on a daybed wearing sexy black bikini. Victoria looks innocent and is grabbing one of her arms. She says, “When ur sittin there.. waiting for him to apologize but he don’t know he did something wrong bc u didn’t tell him bc he should know 🙃.”

So now the question remains, is she talking about Chris Soules? Fellow alum Victoria Paul commented on her post saying, “BUT HE SHOULD KNOW.” Hannah Ann Sluss said, “unreal 😍😍😍.” She also replied “WOW 😍.” Of course many others commented on how hot Victoria looked.

The photo comes a day after Victoria reunited with the other three ladies in Peter Weber’s final four. And also a day after Chris shared Instagram stories of himself hiking with friends. So what does this all mean!

When ur sittin there.. waiting for him to apologize but he don’t know he did something wrong bc u didn’t tell him bc he should know 🙃

Victoria and Chris haven’t been together since June. They were last seen out to lunch in Virginia Beach. This was the first time a photo of them together surfaced.

Their romance began in April when she quarantined with him in Iowa. In July, Victoria finally broke the silence on their relationship. She said, “We’re really happy. The last few months have been really special for us. We’re enjoying each other.”

US Weekly shared more about what Victoria had to say about Chris and the first time they met in person. She said, “I think we were both really nervous. But it wasn’t awkward. It felt really natural. And immediately, I was like, ‘I really like him!’ I felt a genuine connection. And Iowa is so quiet — we were able to just focus on each other and enjoy each other’s company.”

For now the couple seems to be okay with having a long distance relationship. Fans just wish they were more open about their relationship. Fans are loving these two as a couple. They may not have ever pictured it, but now they are all here for it.

In the meantime while everyone waits for more clues, Victoria is living it up with the girls. An Instagram Story earlier indicated the four ladies were off to Santa Barbara. Stay tuned for more details.

Tammy Slaton Might Be In Legal Hot Water: Wait, Is She Being Sued?
‘When Calls The Heart’ Showrunner’s Wife Asks Hearties To Not Leave Show
Did Kanye West Purchase Stolen Art Under Kim Kardashian’s Name?
The Waldrops Get Big Time Photobombed – See The Silly Snaps
Things You Didn’t Know About ‘WCTH’ Heartthrob Chris McNally