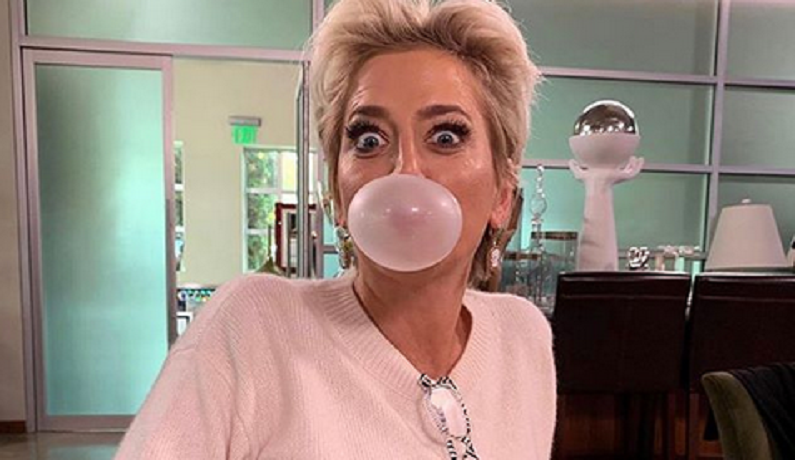 Earlier this week, Dorinda Medley announced her departure from The Real Housewives of Beverly Hills. Everyone is buzzing about Dorinda’s shocking exit from the franchise. But some are happy to see her go. They didn’t enjoy seeing her drunkenly bashing her co-stars this season.

In fact, the constant drinking during Season 12 has RHONY fans tired. They want something different. Even fellow drinker and co-star, Leah McSweeney, wants to see more diversity in the new season. Now, a new report claims that Dorinda is not happy about the rumors that she’s a “mean drunk.”

According to OK! Magazine, Dorinda Medley is fighting mad against her ex-boss Andy Cohen. And she won’t give up without a fight. The report claims that Dorinda threatened to expose the executive producer. She will proudly leak stories to the press in response to Page Six’s report that she’s a “mean drunk.”

“Dorinda was shocked to see Bravo trying to smear her as a ‘nasty drunk’ after she was fired from The Real Housewives of New York,” an insider said. “As if getting fired wasn’t painful enough, now she is seeing nasty leaks to the press that are all lies.”

The 56-year-old “isn’t going to take this lying down” and “will put up a fight” if she has to, claims the insider.

“If Andy wants to play dirty, then so will she,” the insider continued. “Dorinda has been a main cast member since Season 7 and knows everything. She knows how Andy and the producers manipulate the ladies to get them to drink and fight, she knows all about how they encouraged to attack each other and just how fake the entire show is.”

Dorinda is not going to back down anytime soon. Since she’s been a guest on Andy’s Watch What Happens Live several times, she’s “happy to reveal what happens behind-the-scenes.”

Dorinda Medley announced her departure from the Bravo series

On Tuesday, August 25, Dorinda Medley announced to her Instagram followers that she’s leaving the show after six seasons. However, she did not leave on her own accord. An insider revealed to OK! Magazine that the Massachusetts native was fired because her antics were getting old. And now, her co-stars might have to worry about securing their spots on the show.

“What was once fun is now a bunch of rich old white ladies complaining about their lives that most people would kill for,” the insider said. “Overall ratings for the series has been steady but numbers in the younger advertiser demo are not good and are only getting worse.”

What a journey this has been. I have laughed and cried and tried to Make it Nice… But all things must come to an end. This was a great outlet for me to heal when my late husband Richard passed away. I have met so many interesting people and learned so much about myself, about life and about women along the way. Thank you to Bravo and NBC for the incredible ride and to my cast mates for constant stimulation and entertainment. I wish you all health, happiness and success. Clip! Dorinda

The insider claims that Luann de Lesseps and Ramona Singer are fighting to keep their spots on the show. The RHONY co-stars fear that they could lose their spots to younger women, especially now that Leah McSweeney is the new girl on the block. Luann will be fine with her cabaret shows. But, for Ramona, this show has become her “entire life,” the insider added.