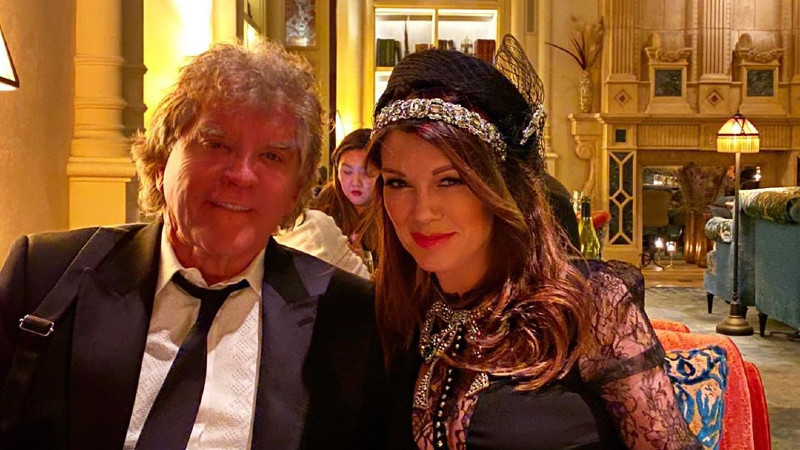 Vanderpump Rules star Lisa Vanderpump has a lot to celebrate these days. She’s happier than ever after leaving The Real Housewives of Beverly Hills following Season 9. In fact, she says she doesn’t even watch the show these days.

In the coming weeks and months, Lisa has several new ventures coming out. She has a Peacock TV streaming series based on her dog rescue. Vanderpump Dogs doesn’t have an official release date yet.

Lisa is also working on her very own podcast. She is currently taking questions from fans for the debut episode of All Things Vanderpump. Check out her Twitter post for how to submit questions:

We have some exciting guests coming on the All Things Vanderpump podcast soon, excited to share, I am looking for specific questions you have about sex, mental health and parenting. All relevant quarantine topics, lol. Email your questions to LVP@kastmedia.com pic.twitter.com/lc59uU70Kp

On Friday, August 28, Lisa was up early to reflect on her marriage milestone.

As RHOBH fans know, Lisa loves to troll her husband, Ken Todd. However, on her wedding anniversary, she trolled both Ken and the haters. First up was Ken with a tweet about how she’s been married for “13,870 days.” In fact, she couldn’t sleep due to the impending anniversary.

Mm can’t sleep, must be because today I’ve been married for 13,870 days.
Dear god where did it go? pic.twitter.com/irM5I7FdeF

Lisa and Ken had a whirlwind romance, with an engagement coming six weeks after their first meeting. They were married just three months later! That certainly explains why their marriage had its share of critics.

For all of her jokes, it is clear to viewers that Lisa loves her husband. And Ken absolutely adores Lisa. The former RHOBH star retweeted a tweet from @VanderpumpArmy of her epic wedding day.

On this day, in 1982, Lisa Vanderpump and Ken Todd were joined together in marriage. Comment below to wish them a happy anniversary. pic.twitter.com/SNgfaFaWuZ

Lisa Vanderpump is the latest Bravolebrity to jump into the podcast universe. Her Pump Rules co-stars Scheana Shay, Lala Kent and Katie Maloney all have podcasts. Stassi Schroeder had one until they cut ties with her in June amid her racially insensitive behavior. Lisa Vanderpump recently revealed to Entertainment Tonight that Stassi isn’t taking her calls.

But Lisa has other things to focus on aside from Stassi’s drama. The RHOBH alum is dropping the first episode of her podcast soon. In the meantime, the intro to her All Things Vanderpump podcast is now out on streaming platforms! Here it is courtesy of Twitter user @vanderpump_fans.

The Intro To "All Things Vanderpump" Is Here!!💗 You Can Start Following @LisaVanderpump's Podcast Now🎙 Can't Wait For The First Episode🙌🙌 #PumpRules
Spotify Link👇https://t.co/GineRqRN4C pic.twitter.com/zZkPmQL0of

Bravo has yet to announce if there will be another season of Vanderpump Rules. Follow us on social media for updates on all your favorite television shows!